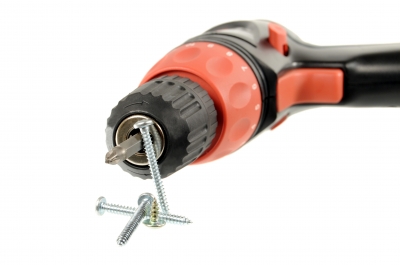 Honest construction bidders know that nothing is more important than constructing systems for handing out public construction jobs in an open, transparent, and fair manner. To a legitimate contractor, there is little as frustrating as being edged out of a bid for construction jobs by unqualified—or even criminal—rival construction bidders. Surprisingly, many cities are behind the curve on screening construction bidders, and Philadelphia is no exception. All of that seems set to change, however, after a high-profile scandal involving a criminal history, an unregulated bidding process, and an airport bathroom.

Several years ago, the city of Philadelphia began soliciting construction bidders to take part in the major renovation then being planned for Philadelphia International Airport. One of the winning bidders was the firm of Hart Enterprises, which was run by its founder, John Hart. The contract won by Hart Enterprises was for extensive renovation work to be carried out on the airport's restrooms. Hart's team began the job in 2011 and carried on into 2012, at which point somebody in the city's inspector general's office noticed certain irregularities in the bid Hart Enterprises had submitted.

According to Inspector General Amy Kurland, the firm failed to disclose certain pertinent facts during the bidding process. Among the relevant—and allegedly nonexistent—disclosures were a history of convictions, negative judgments, outstanding liens, and a record of unpaid back taxes. Any one of these is enough to sink construction bidders. For everything to come out at once meant immediate suspension of the contract—after the city had already paid approximately $275,000. The firm is now facing criminal charges for its alleged misrepresentation.

City authorities think they have identified the source of the problem: no one independently fact-checked any of the city's construction bidders. That is to say, no screening of any kind was in place. Construction bidders were operating on the honor system. The office of Mayor Nutter is reluctant to go public with the details of the new process before it's fully worked out, but it seems clear from statements by the mayor's office and that of the inspector general that the new system will seek to resolve many of the city's current bidding irregularities by leaning heavily on verification checks by outside agencies—jobs that will likely be awarded by competitive bid.

This is expected to have a salutary effect on the whole process. Assuming that meaningful reforms are put in place, an independent verification process will almost certainly weed out the existing bad apples right away. Subsequent bids, with a known enforcement policy, are likely to be a lot cleaner as disqualified would-be construction bidders will hopefully stay away altogether. Legitimate bids will then face less interference by firms that shouldn't have been involved in the process at all.