Poll Takers Say the National Debt is Cause for Concern 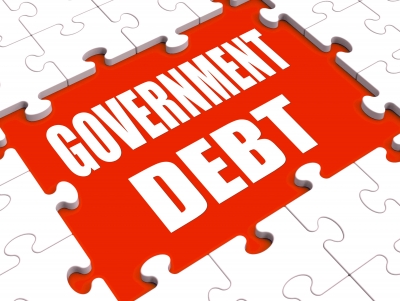 A nationwide poll conducted in May of 2014 shows that voters are increasingly worried about the national debt. Over 1,000 registered voters were surveyed by telephone with an overwhelming majority stating that government officials should spend more time tackling the debt problem. The survey reveals bipartisan support for an improved U.S. fiscal policy.

The poll, commissioned by the Peter G. Peterson Foundation, is carried out monthly to measure the overall level of national fiscal confidence among U.S. voters. Data from the poll is used to create the Fiscal Confidence Index, a scale from zero to 200 with 100 representing neutral feelings and lower numbers expressing less confidence. The May index was a low 44, showing a strong lack of confidence among American voters. This is comparable to the April FCI of 43 and the March FCI of 47, representing a trend of low confidence that is not showing signs of improvement.

Seventy percent of respondents say their concern about the national debt has risen. A 64 percent majority also thinks that government officials are not on the right track in their handling of the debt problem. Eighty-one percent want government officials to spend more time solving the debt problem with 60 percent saying that they should spend a lot more time on the issue. Sixty-four percent of those polled expect the debt to get worse, but the other 46 percent are hopeful that it will get better.

As lawmakers and the president look for ways to reduce the national debt, accounting professionals should watch for new tax laws that could affect clients. The year 2014 saw both a jump in the capital gains tax and an end to a temporary reduction in payroll taxes that affected many businesses and individuals. With debt ceilings in place, it is important to encourage clients to plan ahead for expected changes and to anticipate the possibility of unexpected changes that could affect their finances.

Concern about the national debt and the fiscal policy in general are likely to lead to cautious moves from investors and business decision makers. Accountants should be ready to answer questions about the possible effects of increased national debt on individuals and corporations. As the government tackles this difficult issue, accountants need to stay up-to-date to keep clients informed.