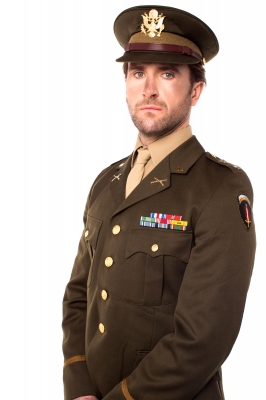 The American military is the last place most people would think to find a lack of physical fitness. However, reports show that the numbers of overweight service members are increasing. Some of these overweight soldiers lack the physical fitness to run long distances or perform strength tasks such as push-ups and pull-ups, and experts say this poses a grave risk to the country's ability to defend itself from enemies.

A group called Mission: Readiness is on a mission to turn things around. The group, comprised of retired military officers, recently released a report showing that 12 percent of active-duty service members qualify as obese based on their height and weight. This number has increased by 61 percent since 2002. In addition to not being able to carry heavy equipment or engage in prolonged combat-level physical activity, unfit and overweight soldiers also cost a lot of money. The report states that overweight soldiers cost the military about $1.5 billion annually in healthcare-related expenses and the costs of replacing out-of-shape and overweight soldiers.

Mission: Readiness has released three similar reports since 2010, and has tried to raise awareness of not only the obesity epidemic, but its far-reaching effects on the armed forces as well. "This really is a problem that has gone unreported," states Casey W. Coane, Mission: Readiness member and retired Navy rear admiral, "It is impacting our ability to defend this nation."

According to a recent Defense Department health survey, the Army is the heaviest military branch, with almost 16 percent of its soldiers classified as overweight. The Navy comes in at a close second, with 15 percent overweight sailors. The Marine Corps has the smallest portion, with 5 percent overweight marines. The numbers are skewed by gender as well: 13.5 percent of men in the military are overweight, compared to 6.4 percent of military women.

Mission: Readiness is actively lobbying in Washington to nip the problem where it begins: in America's school lunch programs. The Obama Administration passed a bill in 2012 requiring schools to serve more fresh fruits and vegetables and less salt and sugar. However, in 2014, the House Appropriations Committee passed a spending bill giving struggling schools a one-year grace period before requiring them to implement the healthier and costlier menus. Mission: Readiness is encouraging Congress not to allow schools to delay instilling the new requirements. "We can't just kick this can down the road for another year," says Coane, "We have hundreds of young men and women with critical skills our military needs who can't join because they are obese."

He certainly has a point; as many as 27 percent of American males between the ages of 17 and 24 are too heavy to meet military enlistment standards.

With the obesity epidemic affecting all age groups in America, it comes as no surprise that its effects would eventually reach into the American military. Groups like Mission: Readiness and others continue to raise awareness on the detrimental effects of overweight soldiers in the military.