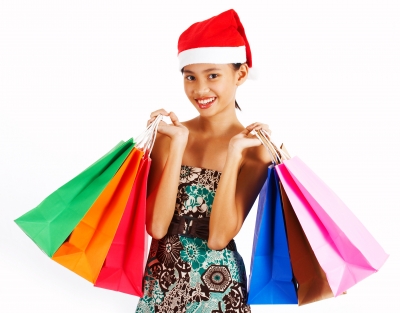 According to the National Retail Federation, retail spending for the 2012 holiday season totaled $579.8 billion, representing a 3 percent year-over-year increase. A recent survey by the e-tailing group and Baynote indicate that retailers are more confident in performance for the 2013 holiday season, although most are tempering their optimism with caution.

Baynote and the e-tailing group surveyed seventy-seven US-based retailers. To get a wide range of opinions, the survey group included businesses with annual revenue totals ranging from more than $5 billion to less than $20 million. Approximately 60 percent of respondents estimated that holiday sales would increase at least 11 percent this year. Just over 20 percent of respondents believe sales will see a year-over-year increase of 21 percent or more during the 2013 holiday season.

The survey does indicate that retailers don't think the holiday season will be equally strong for every business. Most businesses predict that the season will start slow and ramp up in late November, which means retailers positioning for Halloween and early autumn promotions may want to reconsider their approach. Retailers also expect online sales to continue reducing storefront market share, and more than half of the retailers surveyed believe mobile sales will account for a large part of holiday transactions.

Retailers wanting to gear up for the holiday season should plan now. According to Baynote's survey, the competition is planning to launch periodic holiday promotions such as BOGO offers and flash sales. Online retailers are planning to make use of free shipping coupons. About 40 percent of retailers plan to wait until November to launch seasonal promotions, although roughly 33 percent of the competition is going to get an early start in September and October. With expectations high in the online retail space, many companies are putting efforts into SEO, website landing pages, and mobile marketing. If you have a website, revamping before the increased shopping trends of the holiday season is a good idea.

Though retailer confidence is a positive factor for holiday sales growth, other economic elements could play a role in actual sales numbers. Glenn Somerville from Kiplinger.com points out the possible impact of an October 1 debt-ceiling decision on overall consumer spending. Somerville notes that Congress is likely to reach agreements that keep the government running, just as it did earlier this year. However, political debate in the media prior to such a decision could scare off consumers leading into the holiday season. Fourth-quarter spending may benefit from post-October 1 recovery time, but the fragile economic state makes it hard to predict anything accurately, making it important for retailers to launch the most engaging promotions to win market share during the holidays. Retailers must also pay attention to consumers and their holiday shopping trends.

As the holiday season approaches, some retailers are confident of strong sales numbers. With constant fluctuation in the market, it's important for all retailers to plan carefully and launch promotions in a timely manner. Businesses that take part in online and mobile sales may see the best year-over-year performance.

Prince Harry & Meghan Markle Have Set A Wedding Date — & It Will Ma...
news via Refinery29

UBS: These 6 factors could spell disaster for retailers this holida...
news from Markets