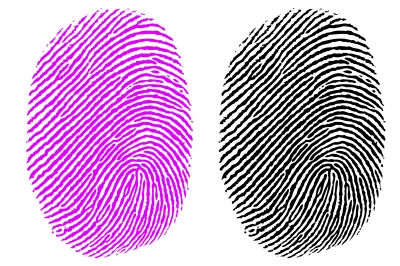 It's not new technology that scares people. It's the idea that the government—and hackers—can use the latest technology to obtain personal information. Even though many people are concerned about their privacy, it doesn't stop them from purchasing the latest gadgets or downloading the latest mobile apps. The recent announcement of the iPhone 5s fingerprint scanner has many people wondering whether the convenience of new technology is worth a potential breach in privacy.

Apple recently announced the release of the iPhone 5s—which includes a new fingerprint scanning feature allowing people to scan their fingerprints to access their phones and download mobile apps and media from iTunes without entering a PIN. The new technology was designed to make tasks, like downloading applications, easier. However, John Caspar, the Hamburg commissioner for data protection and freedom of information, says that the use of biometric technology—technology used to verify a person's identity based on physical or behavioral characteristics through digital means—for consumer convenience could become a treasure trove for hackers.

According to Apple, the Touch ID feature doesn't store images of your fingerprint. Instead, it stores a reverse mathematical representation of your fingerprint. The phone uses new, advanced security architecture, the Secure Enclave, to store the encrypted data in an area that is walled off from the phone's iOS and A7 chip. Consumers also don't have to worry about their fingerprints being matched to government databases. Only the Touch ID uses the encrypted data, and it's never stored on Apple servers or iCloud.

In addition to making it convenient for consumers to access their phones, some experts are stating that the new technology used for Touch ID could be a big win for companies that use a bring-your-own-device policy. The combination of using a passcode and your fingerprint dramatically boosts security, which is a huge issue for companies allowing employees to use personal devices for work purposes. Also, scanning your fingerprint instead of entering a passcode eliminates the need to worry if someone nearby has seen the numbers you've entered.

Surprisingly, Apple isn't the first—or only—company to use this new technology on a mobile device. The Motorola Atrix smartphone was originally launched with a fingerprint scanner. However, the company dropped the feature after receiving too many consumer complaints that the feature wasn't working properly. Also, a recent images leak indicates that the new HTC One Max appears to include a fingerprint scanner.

Technology advances at a rapid pace, and the debate over whether the convenience of new technology is worth the privacy risk is sure to continue. Ultimately, it's up to you to decide whether or not you believe your personal information is at risk.

Are Mobile Capabilities Becoming Too Risky for Customers?
article posted by Staff Editor