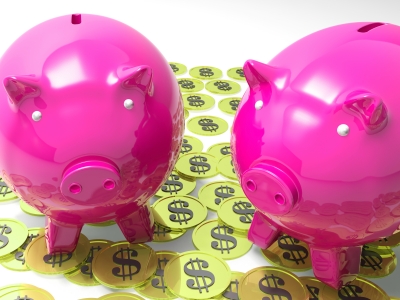 The San Francisco legislation requires retailers to increase hours for employees already on staff before hiring more part-time help. Further, retail workers are guaranteed four hours of pay if they are hired on an on-call basis, if they work less than four hours or if their shift is canceled with less than 24 hours' notice. Part-time workers are treated equally with regards to pay scales, promotions and time off. If a company changes ownership, workers have the right to work another 90 days if they so choose.

In general, the Retail Workers Bill of Rights protects low-wage earners at firms with high numbers of employees from discrimination that affects their income and job status. Labor advocacy groups such as Jobs With Justice have determined that unpredictable schedules, insufficient hours and second jobs make it hard for American parents to raise families.

The ordinance is backed by a coalition of several advocacy groups in the Bay Area, including Jobs With Justice San Francisco. This legislation follows several moves throughout the United States in 2014 that call for better hours, higher wages, better working conditions and higher quality-of-life standards for retail workers. Four Democrats in Congress filed the Schedules That Work Act, which allows part-time employees to request flexible, predictable schedules to help prevent abusive scheduling practices in retail industries.

A recent study shows workers that made $10 per hour in 2013 earned less money for the same jobs in 1979. Adjusting for inflation, workers in 2013 made 12.2 percent less than they did 34 years ago. A retail employee that earns $10 per hour makes $20,800 per year, before taxes, if that person works 40 hours per week for all 52 weeks in a year. That figure is still below the federal poverty line for a family of four, which is $23,850 annually.

A living wage for families is one reason why many labor advocates call for higher wages for retail workers. Many employees face scheduling unpredictability, which makes it difficult to maintain more than one job. Although not every retailer is to blame for lower standards of living, legislators are trying to rein in abusive retail chains to make life easier for ordinary Americans.

The poverty level and pay inequality gap have become divisive issues since the recession of 2007-2008. Despite an improving job market, retail workers continue to struggle with rising costs of day care, medical services and transportation. Legislation that fixes scheduling problems for employees is just one way to help, but the dialogue between labor and management must continue in order to ease the burden of American working-class families.

Register
Sign In
What’s Ahead Under President Joe Biden, Industry by Industry
news via Yahoo Finance
Bernie Sanders is picking the wrong fight with Amazon
news from The Week - Business