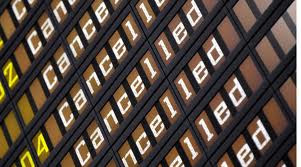 by Alex A. Kecskes
Times are tough and hospitality jobs are already scarce. But hold on, things could get worse.
Qantas Airlines recently announced that it would cut nearly 100 flights a week and ground five aircraft for at least a month in a bitter fight with airline unions. The standoff that involves baggage handlers, ground crew, engineers and pilots has affected more than 50,000 passengers.
The on-going dispute between Qantas and airline unions could have far-reaching effects on the entire hospitality industry. Besides putting a dampener on such major events as the Melbourne Cup, the dispute could impact workers in hotels, pubs and many other businesses that depend heavily on the upcoming holiday season.
Rather than face lengthy airport delays, tourists may simply decide to forego visiting Australia. This is not something you want to hear if you’re one of the thousands of people looking for work in a pub or hotel. Fewer tourists mean fewer jobs during the busy season.
If travel disruptions continue through the rest of the year, they could have serious ripple effects for the hotel industry and other hospitality businesses. It’s no secret that the tourism industry has suffered a serious downturn in many parts of Australia. The floods, fires and cyclones of last summer, coupled with the economic uncertainty in major markets have kept tourists away. The rising Australian dollar has also done its share to keep tourists away.
The last thing the country needs is airline disruptions and delays that would further discourage visitors from Australia’s busiest travel season. In these tough economic times, job seekers need a robust hospitality industry.
For an added perspective, check out this video:
Got any tips on how strikes affect your search for hospitality jobs? Share your comments in the section below.
Alex A. Kecskes has written hundreds of published articles on health/fitness, "green" issues, TV/film entertainment, restaurant reviews and many other topics. As a former Andy/Belding/One Show ad agency copywriter, he also writes web content, ads, brochures, sales letters, mailers and scripts for national B2B and B2C clients. Please see more of his blogs and view additional job postings on Nexxt.