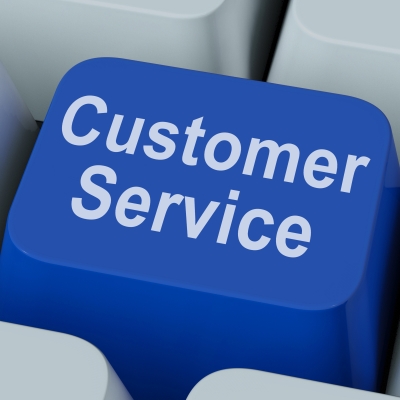 Viral videos are a staple of online entertainment, but that can be bad news for businesses when those videos are recorded to showcase poor customer service. Customer service fails are becoming an increasingly popular video category, which means that one blunder from an associate or employee may be seen by thousands of potential customers.

Customer service that is less than optimal can permanently alter the attitude of the customer in question toward a company, but customer service fails are often simply the result of negligence, a poor mood or simple ignorance on the employee's side. When more serious customer service fails go viral, it's not uncommon for news reporters to catch wind of the situation. For instance, in 2009, a customer went into a McDonald's with his video camera after waiting 10 minutes for his drive-thru order. After refusing to turn his camera off, the fast food restaurant staff called the police, who finally told the manager that the customer was doing nothing wrong. The entire incident was posted to YouTube and featured on CNN. The video has more than 1 million views.

In another video posted in 2011, a FedEx customer's security camera reveals a delivery employee arriving at the house with the customer's new computer monitor, walking up to the house and carelessly chucking the box over the fence without a single attempt to contact the customer over the intercom. After the video went viral, FedEx promised to track down the worker and reprimand him appropriately, but this didn't stop the backlash that included a wave of previous customers sharing their own FedEx customer service fails.

In a security footage video posted in 2013, two Cambridge Council garbage collectors are seen overstuffing a garbage bin before photographing it as evidence of it being overfilled. They set up this whole stunt so they didn't have to empty the bin, but the video was later posted to YouTube, and the company offered a sincere apology. These types of personal camera and security camera videos are gaining steam as angry customers look for ways to have their voices heard. The popular entertainment site Cheezburger even has its own customer service fail section on its FAIL Blog.

Although many of these viral videos involve large companies whose customers often feel powerless, they can potentially affect businesses of any size. These videos are much more powerful than a poor review or even word of mouth as they provide physical evidence of poor customer service.