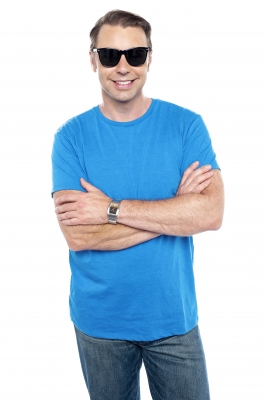 Dressing for success took on a whole new meaning with Mark Zuckerberg, founder of Facebook.  Here’s a guy worth about $9.4 billion, and he confesses to wearing the same thing every day.  If fact, the Huffington Post reports he has 20 identical t-shirts—all grey cotton with a scoop neck—that he keeps in one drawer.

Zuckerberg’s wardrobe choices (or lack of) say something about the influence social media has on retail and fashion.  Business casual takes on a whole new meaning when the boss shows up in a t-shirt and jeans every day.  Wearing the same thing every day, or minimizing your choices, is a trick of other successful people.  The same article notes that Albert Einstein cared little for fashion.  Even the President keeps his wardrobe to either a black or blue suit.  In order to focus on decision-making, he suggests you “routinize” yourself.  Why spend time deciding which tie matches which shirt when you can just get dressed and get down to taking on the challenges of the free world?

According to a Forbes.com article, NetBase and Edison Research conducted a study by listening in on the social media conversations of 1,000 women to see how social media influenced their shopping habits.  Facebook came out on top, with 70% of Social Shoppers influenced by Facebook advice.  Sixty percent of Fashionistas and Social Shoppers relied on blogs and thought leaders for their fashion sense.  Zuckerberg a thought leader?  You’ll see lots of young 20-somethings heading for work in his classic grey t-shirt.

Pinterest is all about visuals and beautiful things.  Fifty percent rely on Pinterest’s visuals for their fashion choices.  Fashionistas are those shoppers who rely on fashion and beauty for their fashion choices.  Social shoppers, on the other hand, rely more on what their friends are wearing and choosing.  They want to fit in, be part of the crowd.  According to the infographic in the Forbes article, 100 percent of social shoppers are on Facebook.

Companies are revisiting dress codes in order to accommodate talented employees they so desperately need.  Try to get them into a suit and tie when their friends on Facebook are shopping at the Gap, BCBG or a trendy new company halfway around the world!  The dress code and the consequences for non-compliance is not as great a concern as looking great after work or in photos posted to Facebook or Instagram.  What does this say about those female (and male) fashionistas and social shoppers and how they make choices?  They may not be as eager or duty-bound to impress their boss.  It’s their friends and contacts that matter most.

If President Obama is right, the younger, social media-conscious employers may be on to something.  Forget the dress code.  T-shirts and work pants may have been the uniform of blue-collar workers, but in today’s workplace, it’s become the choice of fashionistas and social shoppers as well.  If Mark Zuckerberg, a 28-year-old billionaire shows up in it every day, it can’t be a bad choice.