Repealing Obamacare Could Wreak Havoc on Our Healthcare 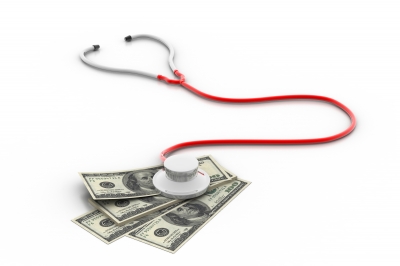 Health care in America will undergo radical changes upon the heels of the new senate bill to repeal the Affordable Care Act. Many of the changes are detrimental to the middle and lower classes, with not enough benefits to provide a counterbalance. Read on for some of the key changes Americans should be aware of.

The most major changes are happening to the Medicaid program. The new bill drastically cuts spending for Medicaid, in addition to clipping the program's expansion under the Affordable Care Act, beginning in 2021. Medicaid is the largest payer of long-term care services in America; consequently, many seniors who need long-term care will no longer be able to afford it. Besides seniors, Medicaid serves over 70 million people, including many children and people with disabilities. These groups would no longer be able to rely on Medicaid for their basic health care needs.

The picture for the individual health care market doesn't look much sunnier. The bill does provide tax credits to help individuals manage the cost of insurance, but since few people will qualify under the new changes, there will be less tax credits available to those who do. Additionally, insurance providers will be able to charge older applicants up to five times more than younger ones, thereby widening the gap between affordable health care and care for those who really need it. The Affordable Care Act would be more beneficial for insurance providers.

The essential benefits protected by the Affordable Care Act are at risk under the new bill. States and insurance providers can decide to exclude coverage for mental health care, maternity care and opioid addiction, to name a few.

The mandate that many people complained about is gone, but insurance companies won't be allowed to turn away applicants. This may cause more people to wait until health problems creep up before seeking insurance, causing premiums, deductibles and co-payments to increase, while the number of uninsured individuals will also rise.

Care for the Uninsured

With more Americans without adequate health insurance, more people will head to the emergency room for routine health care, which happened before the Affordable Care Act. Hospitals with unpaid patient bills will attempt to shift that financial burden to the insurance companies, who will respond by hiking up premiums for those who do purchase insurance, such as individuals and employers. The ripple effect reaches far and places a potentially catastrophic financial burden on the middle and lower classes.

Perhaps the worst part of the Affordable Care Act repeal is that most Americans simply don't want it. A June 8 Quinnipiac poll showed that fewer than one in five voters support the repeal. The senate bill simply needs more time, which will allow the American public to understand the bill's repercussions before it's rushed into a vote.