Reports Saying the US Midwest is Hiring for Tech Jobs 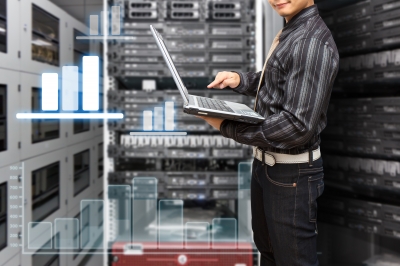 In January, the technology jobs company Dice released a report about recruiting technology talent, with surprising results. According to the report, technology hiring in the Midwest proved to be the most difficult, even when compared to the West Coast and the East Coast. For technology professionals, the report indicates that the Midwest may be the best area to search for tech jobs.

According to the Dice report, a number of factors contribute to the unexpected increase in demand for technology hiring in the Midwest. In Michigan, four companies have invested over $100 million in the state, which led to the creation of 695 jobs. All four companies require technology professionals. One in particular, HTC Global Services, Inc., is expanding its facilities for software development and testing. As a result, Detroit has become the fourth most difficult city in the country for technology recruiters. According to a recent story from Dice, an increase in tech jobs often happens when investors pour money into a specific region or industry.

For industry professionals, the increase in hiring in the Midwest came as a surprise. Historically, technology companies have focused their hiring efforts on the coasts of the United States. Cities like Los Angeles and Seattle, with their high percentage of technology companies, have faced a challenge when searching for qualified technology candidates.

The Dice report suggests that the geographic distribution of the cities in the Midwest may be contributing to the increase in hiring. The five cities span a distance of approximately seven hundred miles. Because of the distance between the cities, most employers are forced to work with a smaller talent pool when hiring in the Midwest.

For job seekers, the increase in hiring in the Midwest is a positive development. Many professionals are unwilling to deal with the pace of life or the high cost of living on the East Coast and West Coast; with more technology jobs available in the interior of the country, they can move away from the coasts. As more technology companies open up facilities near major population centers, professionals can purchase homes in more affordable urban areas.

With the sudden increase in technology hiring in the Midwest, job seekers have the advantage. By focusing job searches on areas with high demand, technology professionals can increase their chances of finding a job in a desirable area.

These 4 economic signals suggest the COVID-19 recovery is losing st...
news from Markets