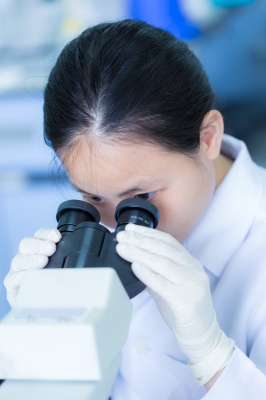 Two scientific papers detailing an easy way to create stem cells, which had been published in the journal Nature, have given hope to the scientific community. However, this advancement in stem cell research cannot be counted on just yet. The two papers explaining the breakthrough study have been retracted due to a number of critical errors that compromise the credibility of the entire study.

The two studies published in Nature come from Kobe, Japan where they were completed at the Riken Center for Development Biology. In the papers, the researchers explain how ordinary blood cells can be transformed into stem cells by stressing them in a low-acid environment. These cells have been called stimulus-acquired acquisition of pluripotency, or STAP, and the phenomenon within stem cell research has been dubbed the STAP-SC phenomenon. Haruko Obokata, the lead researcher, acknowledged at the time of publication that the stem cell research results were surprising. This is because cellular transformation normally requires genetic manipulation.

Sending the scientific community into a frenzy and bringing initial pride to Japan, the breakthrough study began to unravel just days after publication. Some of the critical errors throughout the papers include altered images, instances of plagiarism and figural errors. Additionally, a number of research labs have attempted to duplicate the experiments with no success. An investigation launched by the Riken Center has discovered numerous errors in how the studies were carried out, and Dr. Obokata has been found guilty of misconduct. Obokata continues to deny allegations of intentional misconduct, maintaining that she is only guilty of sloppiness in her stem cell research.

The papers were published in January of 2014, and they were retracted in July. The authors of the papers explain in their retractions that the errors impair the credibility of the studies, raising questions as to whether the STAP-SC phenomenon truly exists. Although Nature admits that it was not sufficiently thorough in checking the facts before publishing the stem cell research, it claims in an editorial that its editors and referees could not have found all of the faults in the studies. Nature does acknowledge that the incident has highlighted some of the journals procedural flaws.

Scientific researchers have been engaging in stem cell research in order to find new ways to repair injuries and cure diseases. Stem cells are able to turn into any type of tissue, making them a promising element in the future of medicine. If STAP stem cells truly exist, scientists agree that it would be an incredible breakthrough.

Riken is offering its facilities to Dr. Obokata to replicate her studies and her findings. To ensure the integrity of her stem cell research, Obokata and her team are to be videotaped during every part of the process, and independent observers are to be present.

Photo courtesy of Photokanok at FreeDigitalPhotos.net