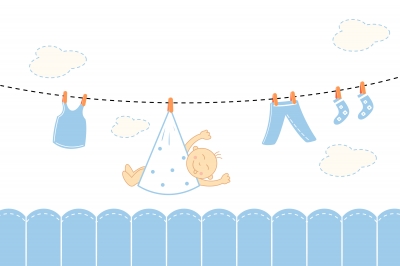 Apparently, you don't need to go on holiday to stock up on souvenirs: According to the Centre for Retail Research, the British retail industry can expect $121 million in sales related to souvenirs celebrating the newborn son of Prince William and Kate Middleton. The retail craze isn't limited to England: global retailers are capitalizing on the royal baby through a series of advertisements and products that run the gamut from clever to crass.

The pomp and circumstance of any royal event lends itself to visual marketing, and the global reach of the royal family makes such advertising profitable for the retail industry. Small businesses are using hashtags related to the royal baby to promote social-media marketing on sites such as Instagram or Pinterest. Bigger brands are rolling the red carpet out for baby George as well as their own customers. In July, Kohl's offered 20 percent off online purchases for customers using the promo code "crown." The company cleverly headlined the promotion with a quip about providing the royal treatment. Upon the announcement of the royal baby's birth, Delta grabbed some quick Internet-marketing bandwidth by tweeting that it can't wait to show the baby the world.

Twitter seemed to be the early platform for royal baby fever in the retail industry. Brands like Charmin and Pizza Hut hit the popular platform to welcome baby George: Pizza Hut offered customers a way to join the celebration by adding a free dessert or side to a pizza order. Oreo weighed in with the image of a bottle of milk on a luxurious cushion and a caption of "Long live the crème." It's clear companies in the retail industry know how to leverage social media and a popular news story; apparently, good news for the royals is good news for online engagement.

Twitter posts made way for full-fledged advertising campaigns in the days and weeks following the royal birth announcement. Play-Doh created a campaign showing a modeling-clay version of Prince William, his wife, and a new bundle of joy waving to the masses. Some companies incorporated the royal birth into preexisting marketing campaigns to avoid the high competition over royal-baby keywords and hashtags. Coca-Cola was already running a #shareacoke campaign, and there's no better reason for loyal customers to click 20-ounce bottles together than the birth of a new prince. Of course, baby-related companies in the retail industry found capitalizing on the baby prince easy; Johnson and Johnson harked its wares on Facebook by encouraging parents to treat their own babies like royalty.

Whether you think the advertising done in the wake of the royal birth was clever or crass, one thing's certain. Companies in the retail industry can't afford to ignore trending news in the age of social-media marketing, especially when the news is fun and can be easily converted into engaging advertisements.

30 Amazing Trips To Take With Your BFFs
news via Refinery29