Retail Climbs Even Without Automotive 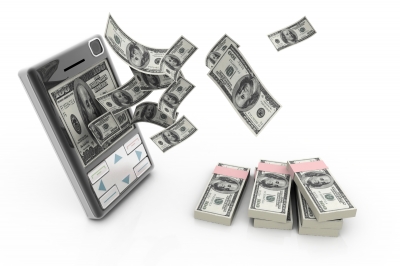 Automotive sales are often treated as a key indicator of consumer confidence, which is itself a key measure of the depth and duration of economic downturns. Despite aggressive automotive marketing efforts, it stands to reason that customers simply will not be as willing to invest in big-ticket items during times of economic insecurity. This is part of the reason that the technology sector has spent much of the recent slump promoting its own sales figures as a truer measure of the overall strength of the economy. Arguing that automotive marketing techniques distort the automotive sales market in key ways that make sales figures unreliable for economists, specialists in the tech sector have been monitoring the pace of the recovery with an eye toward retail figures in their own wheelhouse.

What tech retailers have discovered is both encouraging and surprising. Tech sales for 2013 have steadily risen throughout the year with every indication that the trend will continue into the new year. Much of this growth is being driven by a few large players in the market. Sales of the new gaming consoles, Xbox One and PS4, have exceeded the projections of industry experts, with the Xbox One's sales dramatically outpacing those of the PS4 within its more limited distribution area.

Another major driver of the year's tech sales has been the increasing ubiquity of smartphones and tablet computers. Apple is, of course, the major player in this sector of the market, and the timely launch of new iPhone and iPad models timed to coincide with the onset of the holiday shopping season made for a very successful Black Friday indeed.

With sales figures where they are now, it's no wonder that retail tech is poised to become perhaps the leading indicator of where the consumer economy is headed. But this is where the surprises start coming out. It seems as though automotive sales aren't quite the dinosaur that the sluggish sales of the last few years have suggested. Automotive industry economists report that 2013 was a banner year for automotive sales. The seasonally adjusted annualized selling rate (SAAR), a major indicator of automotive sales trends, has risen throughout the year to it's highest point since July, 2006. The SAAR for November 2013, was 16.4 million, with figures for December projected to touch 17 million. This a major win for the automotive industry, and the fact that the SAAR is tracking neatly with other economic indicators suggests its reliability as an economic metric going forward.

Whether you're working in the tech sector or the automotive, any sign of economic recovery is to be welcomed. Higher consumer confidence signals improved sales and a booming retail trade. While automotive sales are strong, and getting stronger, technology by itself has clearly arrived as a leading indicator of consumer mood.