Retail Sales Up in October 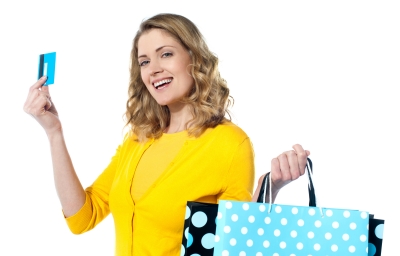 Figures from Redbook Research shows that retail sales for national chain stores rose by 0.1 percent during the first half of October 2014. Although this growth is only marginal, the fact that retail sales are growing rather than falling is welcome news for many involved in the industry, as it is a sign that the sector is steadily climbing out of the sales slump brought on by the financial crisis.

Compared to equivalent figures from October 2013, retail sales during the second week of the month were 4.1 percent higher, which is also encouraging. This confirms a trend of growing retail sales over the last year, which has been noted by many commentators as a sign of economic recovery.

One possible reason for the growth in retail sales during October is that temperatures dropped during the Columbus day weekend, which may have motivated some shoppers to head to the stores to purchase new winter clothes. Early seasonal promotions may also have tempted some shoppers to spend. As always, Halloween is a major driver of seasonal spending during the second half of the month.

The October increase in retail sales is part of a growing trend of consumer confidence in the retail sector. Sales increased by an impressive 8.6 percent in July 2014, showing that some Americans may feel they have a little more disposable income to spend on consumer goods compared to a few years ago. This positive development could be due to a recent reduction in unemployment, which has boosted the incomes of many previously struggling households.

More than half the population now believes that the economy is recovering. This optimism leads consumers to be more willing to part with their hard-earned cash, which is good news for retailers who saw their profits fall dramatically during the recession. Those retailers who came through the tough times could now be in for a period of high sales and recovering profits, providing the economy continues to grow in line with predictions. If retail sales meet the prediction of rising 3.9 percent during the second half of 2014, then the result could be an increase in stock prices, which is welcome news for investors. Employment opportunities in retail are also likely to increase in response to the increase in customer demand.

An increase in retail sales in October 2014 is a sign that the economy in the United States is continuing its recovery. Although the increase is small, its presence means that consumers have more disposable income, which is positive news for retail employees and businesses involved in the retail industry.