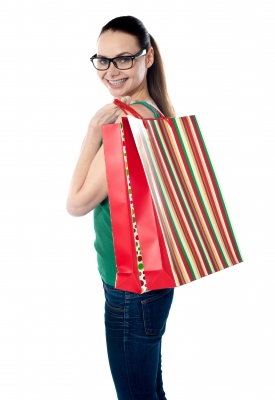 As the end of the year draws closer, retailers are focused on holiday sales. For many, social media advertising is a crucial sales driver, particularly when it comes to discounts and deals. The increased number of retailers who are using social media sites to bring customers into online outlets and brick-and-mortar stores indicates that the retail industry is finally getting on board with the latest technology.

For years, many retailers have been slow to adopt social media advertising. During the 2013 holiday season, however, many consumers noticed that their favorite stores were offering special deals and sales on their social media sites.

The trend began in the week leading up to Black Friday, when large retailers started to publicize their upcoming sales. Walmart dominated the social media advertising space, engaging a significant number of users with its Black Friday social media campaign. By November 27, the big-box retailer had racked up 823,393 engaged actions on Facebook, placing it ahead of major competitors like Target and Amazon. Best Buy won the Black Friday crowds on Twitter, however, with more than double the total Twitter actions than any other brand.

As large brands turn to social media advertising, consumers are starting to pay attention. When a "like" or a "follow" can lead to special deals and discounts, shoppers are more likely to add brands to their social media networks. As a result, retail outlets gain access to a wider audience for marketing and promotional purposes. A successful social media campaign benefits both the consumer and the business.

For retail professionals, the options for social media advertising are plentiful. Many sites, including Facebook, offer ways for businesses to promote their sales and products. Most social media websites enable businesses to take advantage of free and paid promotional options, giving companies the flexibility to work within their budgets.

When it comes to selecting one or more social media sites for a campaign, companies must consider the number of people that use the site as well as the level of engagement. According to a recent story from Business Insider, Facebook tops the charts in both areas, making it a valuable asset for retail businesses. The site has the largest audience of any social media site and boasts a significantly higher level of engagement; users spend over 114 million minutes a month on the website. For businesses, the high engagement level offers countless opportunities to boost sales.

Whether you run a small, independent retail shop or a national chain, social media advertising should be an important focus in 2014 and beyond. By reaching out to customers on informal social media platforms, you can increase visibility and boost engagement with your business—often, at a lower cost than traditional advertising methods.

Canon will add C-Log to the EOS 5D Mark IV for $99
news via Articles: Digital...

An expert shares how to get started in real-estate investing and br...
news from Markets