Retailers Can Get Into the Pokemon Craze 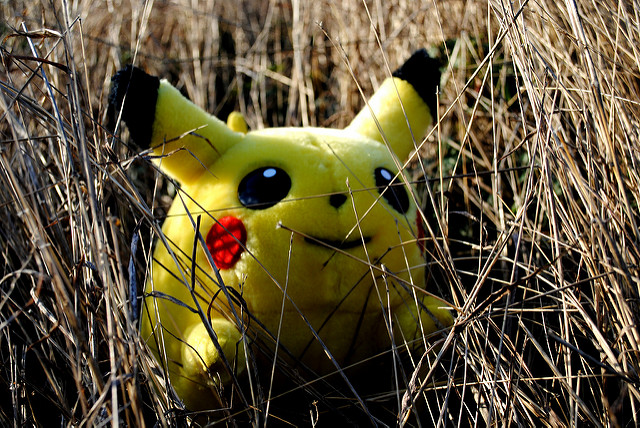 Pokemon Go is an augmented reality app game that combines GPS in smartphones, Maps data from Google, and everyone's favorite animated show about a cute little mouse-like Pokemon named Pikachu. In its first two weeks of release, more than 15 million people downloaded the app in the United States, and there were 21 million active users. There are ways retailers can take advantage of this trend before it goes away.

Pokemon Go turns ordinary buildings and landmarks into places important for people trying to catch or train these virtual creatures. For example, a park, lake or public gathering place may harbor several wild Pokemon. This means kids, teenagers and adults who play the game need to venture out into the real world for several hours at a time to try to catch as many Pokemon as possible, and stores can use some clever retail advertising to create additional sales.

Managers and store owners can download the free-to-play Pokemon Go app to see what kind of Pokemon should exist at this particular location. Owners might consider signage that welcomes trainers as they try to capture a Pikachu, Doduo or Charmander. The sign can show an image of the Pokemon that might be found in the store, but it might also gently remind Pokemon trainers to respect other people in the store and to remain away from restricted areas.

Since people intently gaze into their smartphones while searching for Pokemon, every employee in participating stores must be aware of the game. This way, if someone appears lost and they say "I'm trying to capture a Sableye," employees know a little about what the person is saying.

Stores may have stickers, pencils or small giveaways with Pokemon themes as a way to recognize Pokemon trainers for their hard work. This creates a memorable, positive experience for the person. Next time, the potential shopper might return to buy something.

Pokemon trainers may get hungry or thirsty, so some quick snacks should have relevant placement in the store. Signs that say "Purchase snacks for hungry Pokemon trainers" might create a rise in sales for some items.

Lures within a store show Pokemon Go players where the best creatures hide. A wild Caterpie might hide towards the back of a store instead of at the front door. Signs, logos and footprints can create a trail for trainers to follow. Merchandise placement comes into play here. One realtor in Sarasota, Florida, advertises that certain wild Pokemon might show up at open houses for certain properties for sale.

Stores can go all-out with this concept by hosting Pokemon Go parties or offering discounts for trainers who caught a Pokemon in the store. This creates positive brand recognition for adult trainers and parents of younger children who love the game. Retail advertising isn't just about airing commercials or having in-store displays. Contemporary customer experiences, with personal touches, targeted advertising, smartphone apps and quality customer service create loyal customers who come back later.

The Pokemon Go craze may not last long, as players might eventually get burned out. However, retailers can earn more profits by easily jumping on the bandwagon sooner rather than later.