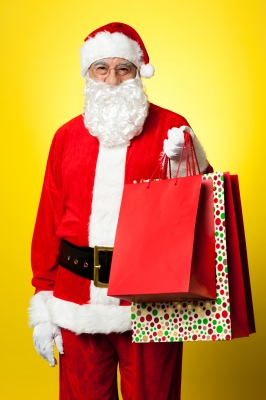 More than a dozen national retailers touted a lack of holiday hours in 2014 to take a stand against other major chains that chose to expand Black Friday shopping into Thanksgiving. The marketing move came even as shoppers promised to make 2014 one of the busiest shopping seasons on record.

The New York Times reports that vaunted stores, such as Costco Wholesale, Gamestop, Bed Bath & Beyond, T.J. Maxx and Barnes & Noble, were closed on Thanksgiving. Other stores following suit included Dillard's, Nordstrom, Burlington Coat Factory and Neiman Marcus. Costco's decision to obviate holiday hours is notable because the chain is the second-largest retailer in the world behind Walmart.

GameStop's choice to remain closed on Thanksgiving revolves around family. Employees of the flagship store in Manhattan told the New York Times they applauded corporate's decision to shun holiday hours. Instead, GameStop opened 12:01 a.m. the day after Thanksgiving, giving customers a chance to snatch up copies of new videogames weeks before Christmas. Gamestop called the move a "corporate principle," as the company is "committed to associates" on Thanksgiving.

Retailers without Thanksgiving holiday hours may be onto something. ShopperTrak's 2014 shopping survey shows consumers spent 0.5 percent less money on the two shopping days than the year before. A petition with more than 55,000 signers on Change.org urged Target to remain closed on Thanksgiving. The Boycott Black Thursday Facebook page had more than 87,000 "likes." Walmart employees planned protests at more than 1,600 stores in America. The interest group Fair Workweek Initiative features a campaign to keep retailers more family friendly, and promoting a lack of hours on Thanksgiving is part of the group's aim. More shoppers turned to online shopping to find deals in 2014 rather than braving huge crowds at brick-and-mortar stores.

Despite the push back against stores open for Thanksgiving, more stores and malls required employees to work on the holiday. Walmart claimed the company was doing customers "a favor" by helping to alleviate the shopping crush. Walmart extended deals for five days instead of just Thanksgiving evening. A mall in Buffalo, N.Y., threatened to fine stores $200 per hour if they did not open at 6 p.m. on Thanksgiving. ShopperTrak explains customers on Thanksgiving increased 24 percent over 2013, which means holiday hours seem to be what customers want.Retailers for the 2014 holiday shopping season are reaping the benefits of lower gas prices, a better economy and shoppers with more spending money. Accenture's shopping survey, which was conducted two weeks before Thanksgiving, showed that 66 percent of Americans planned to go shopping on Thanksgiving or the day after. Nearly half of those shoppers planned to shop before 5 a.m. on Black Friday.

Stores that promote a lack of holiday hours win either way. Shoppers still show up for great sales on merchandise no matter what, and retailers can open at midnight instead of 6 p.m. Opening a full six hours later does not harm a store's bottom line irrevocably over the holiday shopping season.