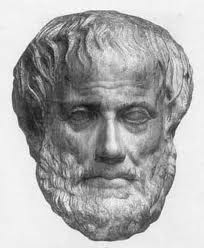 We “old timers” remember two competing songs from the past. While the BeeGees sang, “It’s only words, and words are all I have to take your heart away,” the Mamas and Papas were singing, “Words of love, so soft and tender, won’t win a girl’s heart anymore … worn out phrases … won’t get you where you want to go!”

Although not set to melody, we live in a world of words, often competing words, making contradictory claims. It’s during these verbal battles that we are certain to hear something about this or that just being a matter of “rhetoric”. The person or position uses this to mean that their opponent’s argument is just a lot of words, with no substance or evidence behind them.

What a terrible misuse of an historic and important area of study.

Rhetoric grew out of the ancient Greeks’ philosophy of discourse and argument. Specifically, “rhetors” spoke to convince others, to win them over to their way of thinking. It assumed that rational people, even if they had disagreements, could discuss issues without resorting to attacks, either physical or verbal.

Persuasion was exercised in three areas:

Logos is to use logical – inductive and deductive – arguments to bolster one’s claim. It is the mustering of facts and experience to support the speaker’s contentions. For example, in much of the budget debates of Congress, the Congregational Budget Office’s reports are routinely used to give credence to one party’s plan.

Pathos is an emotional appeal to the audience. As an example, the speaker uses language and images that create sympathy for the victims of an accident or social injustice. On the other hand, the rhetor may create a humorous picture that shows, again as an example, the absurdity of the status quo.

Ethos is the hardest of the three to define. It has been interpreted as “authority” and comes about as the speaker shows himself or herself to be competent and trustworthy. They show the audience that they are of excellent moral character and have their best interest at heart.

Now you might be saying, “All this is interesting, but it doesn’t apply to me. I’m not a politician or public figure, so I don’t have to worry such things.”

Do you have a manager’s job that requires reports? Are you in sales? Do you head up a task force in the office? Do you want to ask that “special someone” out for Saturday night.

Words are all you have … try something other than those “worn out phrases”. Use rhetoric!

For twenty-five years Joe C. Fairchild was a public speaker, counselor, and “life-coach.” He has worked with individuals and both small and large groups. Currently semi-retired he is pursuing a life-long interest in writing. Read more of his blogs at CommunicationsJobsBlog.net.

Register
Sign In
8 people who died from COVID-19 after letting down their guards or ...
news via Business Insider