Rumors About the iPhone 6 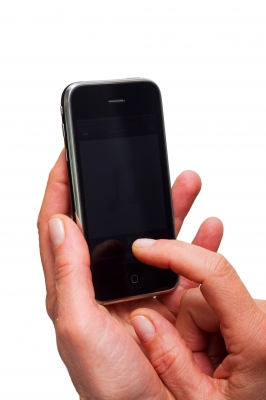 Before the release of each new Apple iPhone model, the media and tech industry start to buzz with possible new features and capabilities. As the expected launch date for the latest model approaches, iPhone 6 rumors are hitting full stride.

According to The New York Times, one of the most persistent iPhone 6 rumors concerns its screen size. In comparison with other popular smartphones, the iPhone 5s is considerably smaller, which is ironic considering that the iPhone was considered an enormous device during its first few years. If the rumors are to be believed, Apple will be increasing the screen size of the iPhone 6. Some sources say that the company will offer two size options, with the largest having a 5.5-inch screen. Other rumors report that Apple will release a 4.7-inch model in August, with the larger model coming later in the year. The increase would represent a significant difference, as the iPhone 5s has a 4-inch screen.

The specific launch dates of the new model has also been the subject of iPhone 6 rumors. In the past, Apple has scheduled its releases for Fridays. A German telecommunications company, Deutsche Telekom, informed its customers that the new iPhone would be released on Sept. 19, 2014, which is a Friday. Though the company may have used the information to prevent customers from switching providers, the date aligns with other projections from industry experts .

As with prior Apple iPhone launches, photos are circulating around the Internet about supposed prototypes. Many iPhone 6 rumors state that the new model will have a thinner body and more rounded edges. Photos showing a phone back with a green body, a common practice for prototypes, seem to fit the proportions of the rumored 4.7-inch screen.

Apple, which introduced new power connectors in 2012 with the iPhone 5, is not expected to make any power changes. Most iPhone 6 rumors report that the new model will also keep the fingerprint sensor on the front panel. Some leaked schematics of the iPhone 6 show a protruding camera, but many sources speculate that the drawings could be for Apple's next iPod model.

Production difficulties have been the subject of multiple rumors surrounding the iPhone 6. Reportedly, the larger screen size and thinner body present numerous challenges for designers and manufacturers. Most of the production rumors seem to stem from images supposedly leaked from Foxconn, one of Apple's manufacturing partners. Many media outlets have speculated that production will begin on the smaller model first, followed closely by production runs of the larger model. The delay is rumored to be a way to give developers additional time for effective internal design.

Though Apple has yet to announce a release date or confirm any of the iPhone 6 rumors, industry experts expect the new model by early fall. Until then, consumers can rely only on leaked photos and videos of prototype models from Apple's production partners around the world.

(Photo courtesy of Ambro at FreeDigitalPhotos.net)