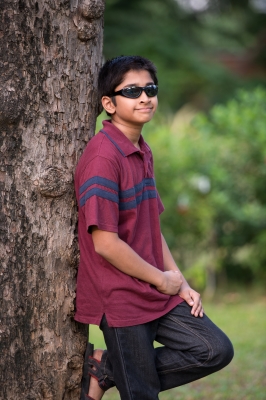 Here’s what they can’t or didn’t teach you in B School. Sales lessons borne out of survival, out of the need to feed. Sales techniques from individuals unfettered by erudition, charts or formulas. We’re talking the street savvy you’ll need in this and the coming decade to succeed--in selling everything from Apple computers to Zero motorcycles.

A recent article by Rohit Bhargava, CEO & Founder, Influential Marketing Group featured Ravi Kumar, an 8-year old Indian street kid who sold hand fans on the streets of Mumbai. Forced to survive, this video shows how Ravi learned to sell his fans to tourists in several languages. A later video shows him refining his sales technique. So what can Ravi teach us? A few lessons from the street:

Ravi immediately connects with his prospect on an emotional level. You buy a fan from him because of him, not because of the fan, or its specs. Heck, you may not even need a fan, but the kid gets into your heart, so you’d just about buy anything from him. That’s the first rule of good salesmanship—you buy the salesperson and the company—in this case, Ravi—before you buy the product.

America may be a melting pot. But we still feel more comfortable buying a product or service from someone who identifies with our culture. Ravi mastered this in peppering his sales pitch with cultural references, sayings and idioms from a variety of different cultures—everything from American to Chinese. If you're selling to a culture--be it Hispanic or snowboarding--immerse yourself in it before you sell to it.

If the pitch you hear is presented in an interesting way, one that begs the question, how did they do that? You can hook the prospect by breaking the boredom barrier. Imagine how many tourists pass by Ravi every day. If he just shouted out “fans for sale” in his native language, few people would stop. His pitch would be lost in the din of hundreds of other street sellers hawking trinkets.

Today’s American customers have too many choices. They don’t have time to research which product is best or the best value. Ravi only sold one product with a few variations. The average number of products carried by a typical supermarket has more than tripled since 1980 from 15,000 to 50,000. Costco has been hugely successful in exploiting this weakness by narrowing down the number of choices it forces consumers to make, offering only a handful of options in each product category. To succeed in sales, don’t give your prospects too many choices. Learn what they need and want, then narrow things down for them. This comes from knowing your customer.

Want to boost your selling ability? Take a lesson from Ravi, the street kid in India.