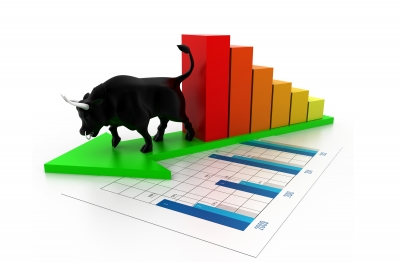 Things seem to be continuing to slowly improve in the tech career path, at least in some areas.  The area with the nation’s leading growth in tech jobs is San Francisco according to the recent report released by the Bloomberg Technology Summit.

“San Francisco’s tech employment rose 51.8 percent over the 2007 to 2012 period, according to the study by South Mountain Economics, which focused particularly on New York, which has also seen significant employment growth in the tech/information sector, including traditional tech companies as well as media and information companies,” reports Patrick Hodge at San Francisco Business Times. Others on the list include Brooklyn (Kings County), NY in at number two with a 21% growth, and Wake County, FL with an 18.2% growth came in at number three.

The report covered job growth through 2012, though it appears that in the last quarter of 2012 that growth had slowed drastically from the previous numbers. San Francisco Business Times had reported in Oct 2012 that the meager job growth of only 100 new jobs in the month between August and September for the counties of San Francisco, Marin and San Mateo was a great reduction when compared “to total job growth for the past 12 months of 29,700 jobs, or an average of 2,475 each month.”

In just the past year though, San Francisco has seen a 3.6% growth in tech companies, bringing the total amount of tech companies up to 1,892, which calculates out to 45,493 jobs in that area. I found it a little humorous that Brooklyn, New York came in second as far as growth, while the state as a whole made the top ten list of “states where people hate going to work.” According to the results of the recently released Gallup’s State of the American Workplace report, using the information compiled on the report, 24/7 Wall St stated:

24/7 Wall St. reviewed the 10 states with the highest proportion of workers deemed to be “actively disengaged” based on surveys conducted last year by Gallup for its State of the American Workplace report. In addition, we reviewed emotional health and workplace satisfaction data collected by Gallup and Healthways for their annual Well-Being Index, as well as 2012 job market figures from Gallup’s State of the States report. We also considered annual average unemployment rates for 2012, collected from the U.S. Bureau of Labor Statistics.

From that, they determined the top ten states people were not reporting as being happy to be working in, and New York came in at number seven. It was also noted that the state was one of only two states that actually saw an increase in the unemployment rate between 2011 and 2012, growing to 8.5%, which was among the highest in the country. But, that does not seem to be affecting the tech sector of the state in general, which grew 11% between 2007 and 2012, adding over 26,000 jobs.

Another report has been released by the Bloomberg Technology Summit, a companion study, where they interviewed 50 tech executives from the New York and San Francisco areas, to reveal that the two cities assisted this growth through five main conditions, which are “growing a strong talent pipeline, supporting a vibrant tech community, leveraging local early stage capital, expanding tech infrastructure and office space, and engaging with existing industries.”

So, while times are still tough in the job search market, it is good to hear that in some areas things are slowly improving. Hopefully it is a sign of improvement to come across the entire nation.

Dropbox had a blockbuster IPO and is now worth $13 billion — now th...
news from Markets