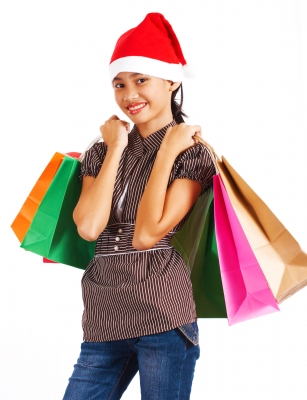 As the 2014 holiday season draws nearer, American merchants are increasingly turning to industry experts for the retail predictions that will help guide marketing and sales over the coming months. The predictions carry more weight than usual this year, largely due to the industry's poor performance over the 2013 holidays. From protecting sensitive data to improving online ordering, retailers are adjusting their operations to meet customer needs and reduce risk.

data breach at the retail giant Target affected more than 40 million people over the 2013 holidays, resulting in considerable hassle and inconvenience for consumers. A few months later, Home Depot was attacked by a similar malware. In the wake of these widely publicized events, many businesses, including Target and Home Depot, have implemented better data security systems. Despite the breaches, retail predictions from analysts indicate that consumers will continue to frequent affected businesses.

In October, the National Retail Federation released its retail predictions for the 2014 holiday season. One of the most hopeful was the forecast that overall sales will increase by 4.1 percent. In 2013, sales increased by just 3.1 percent, partially due to a shorter season. Retailers should not rejoice just yet, however, as consumer confidence and spending have not shown steady improvements over last year. A PricewaterhouseCoopers survey revealed that more than 60 percent of consumers are concerned about both limited disposable income and increased cost of living. What's more, 37 percent report an inadequate income. Given these responses, along with the still-slow economy and sluggish sales, retailers should proceed with caution as Christmas looms closer.

According to the National Retail Federation, six out of ten shoppers plan to go shopping on at least one day of the Thanksgiving weekend. The NRF's research indicates that consumers are not shopping for just any discount, however. Shoppers plan to investigate in advance to find the deals that are worth their time. To entice shoppers into stores for Thanksgiving and Black Friday deals, more retailers are opening on Thanksgiving Day. At Kmart, the special sales will start at 6:00 AM on the morning of Thanksgiving. J.C. Penney opens at 5:00 PM on the same day, marking a dramatic departure from its original stance on holiday shopping. In 2012, the store remained closed on Thanksgiving and announced a policy that eliminated the type of promotions that typify Black Friday. Earlier shopping hours remains a divisive practice. While retailers see the benefits of Thanksgiving hours, some consumers argue that employees deserve the day off to be with family and friends.

Overall, the 2014 retail predictions seem to advise retailers to proceed with caution. Although the outlook for the retail industry is generally positive, unpredictable consumer behavior and moderate spending activity indicates that the 2014 holidays may not bring retailers back to pre-2012 profit levels.

‘E-commerce as entertainment’: An investor behind Goop predicts the...
news from Fast Company

The scary task of figuring out how much candy to make for a COVID-1...
news via Financial Post - Top...