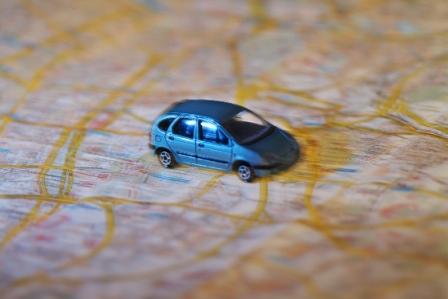 A Reuter’s News Story, “Who needs a license? Self-driving cars coming our way,”  predicts that semi-autonomous cars that make driving decisions with computers, GPS systems, lasers, radar systems and cameras are not too far in the future. We already have cars that parallel park themselves.  I remember taking my driving test and dreading the parallel parking exercise.  After my first attempt, the motor vehicle tester asked me, “Did you park it or abandon it?”  All those tricky maneuvers such as parallel parking or even switching lanes in traffic will be a breeze when the car is making the calculations at light speed and making the moves with computer-like precision.

While some may think this is a great thing, we may be losing more than we are gaining with this bit of technology.  Learning to drive, passing the driving test and getting that license were a rite of passage.  It was the moment you crossed the line from child to real adult responsibility.  In the eyes of your parents you were an extra charge on the insurance but a welcome additional driver for all those errands they didn’t want to do.

With the privilege came accountability.  It was a real growing up experience.  You had the privilege but also the responsibility, just like any adult on the road.  You had to pay attention, focus, and do everything right all the time.  No slacking off, no goofing off.  Not that you didn’t goof off once in a while, but if you were driving, you took responsibility for your actions.

When the cars start making decisions like switching lanes or braking in traffic, what will the driver be doing?  Texting?  Watching a movie on the DVD player?  Surfing the Internet on the interactive screen on the dashboard?  I shudder to think that the driver will be doing anything less than both hands on the wheel and watching the road with her right foot on either the brake or the gas pedal.  And if the car makes the wrong decision and your front bumper ends up impaled in the back bumper of the car in front of you, who’s responsible?  “But officer, the car didn’t brake in time, not me!  Call General Motors.”

There is value in growing up and taking on responsibility.  Kids already can’t ride a bike without being encased in protective plastic helmets, gloves, and elbow and knee guards.  Riding in the car is no longer an experience in itself.  It’s just a transition from watching DVDs and TV at home to a media center on wheels.  And please, you’ve got to have a DVD player for each kid so they don’t have to share for however long they are in the car.  Take away that first entry into adulthood, and you take away the self-esteem and self-reliance that goes along with it.

Accountability and reliability are two traits of a valuable employee. Companies need employees who can follow the rules, make decisions and then take responsibility for the outcomes.  Just like driving a car.  It’s difficult to run a business when employees blame the computer or their co-workers or the weather for every mistake.  True, computers don’t always compute, and people make mistakes.  But only the people can figure out what went wrong, fix it and learn from mistakes so they don’t happen again.  I don’t think we have a GPS or laser system that can do that yet.

Here's why Waymo should really have gotten a bigger stake in Uber f...
news from Markets

Tesla and SpaceX are already starting to merge — here's how (TSLA)
news from Markets
5 Black Women Open Up About Being In Violent Relationships
news via Politics - The...