Seven Things You Need to Know about Your Gen Z Employees 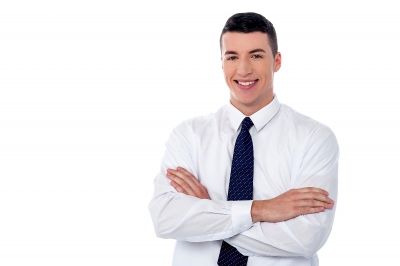 Although millennials are still somewhat of an enigma to employers, there are some new kids in town: members of Generation Z. These potential employees, born between the mid-1990s and the early 2000s, have a lot to offer. However, you may have to adjust your hiring practices to appeal to their career goals and personal desires.

1. Curiosity Is a Motivator

Unlike members of previous generations, students in Generation Z are likely to choose a career based on curiosity rather than a desire for money. Nearly 70 percent of those surveyed said they plan to choose a major based on their interest in the subject, while only 39 percent said compensation is a major influence. Some members of Generation Z are also interested in careers that involve helping people in some way.

If you are looking to attract members of Generation Z to your company, you may need to change your recruiting practices accordingly. Approximately 60 percent of those surveyed said their parents have the strongest influence over their career decisions. Just 2 percent said they are influenced by company representatives visiting school campuses. If your hiring practices involve college visits, you may want to spend the money elsewhere.

Members of Generation Z have a strong desire to start their own businesses. The prospect of being your own boss and leaving a lasting legacy are very attractive to members of this group.

When it comes to education, members of Generation Z feel conflicted. A number of survey respondents indicated they are interested in finding out what companies are willing to hire people without college degrees. However, not many of the survey participants said they would be willing to start working right away instead of pursuing higher education.

Members of Generation Z are happy to receive messages from companies with open positions. Only 32 percent of those surveyed said they had received such a message, however. You may want to change your recruitment practices to include some type of communication program for getting in touch with potential employees.

Unlike baby boomers, members of Generation Z are more interested in work-life balance than compensation. Leadership opportunities, the chance to contribute to an important cause and autonomy are also important to members of this group.

Millennials were fairly optimistic about their job opportunities, but members of Generation Z are anxious about their careers. Gen Z workers also want jobs that match their personalities and occupational skills.

If you are interested in attracting members of Generation Z to your company, you must be willing to change your recruitment practices accordingly. Instead of sending recruiters to campuses, communicating directly with potential employees may be more effective.