Shopping More Likely to Happen on Mobile than PC 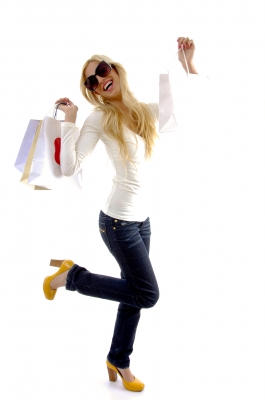 When the mobile phone was first introduced, it was a big, bulky thing that looked like a comedy prop. Nevertheless, it was seen as a major innovation, and then it was quietly forgotten. Fast-forward to the late '90s and everyone had one. Mobile shopping, however, still wasn't really possible because these phones could only send and receive calls and texts.

Few retailers had online shopping platforms, although this would change dramatically with the dotcom boom—and eventual bust—in the early 2000s. The dotcom boom had a major advantage in that it forced many businesses to create Internet-accessible versions of their shops and even begin advertising online.

This led to the establishment of reliable e-commerce. Amazon was a major pioneer, and the establishment of a worldwide third-party payment system—PayPal—really boosted it. Of course, you still had to access the website via a PC, but it bucked the shopping trend for physical stores. This would change thanks to Web 2.0.

This new phase coincided with a huge boost in bandwidth, the creation of new mobile data technologies, and the development of devices that could send and receive Internet signals. This forced retailers and other Web businesses to design mobile-friendly versions of their websites, and the use of HTML5 ensured that these sites could easily be ported to any device.

Apps for specific purposes would soon follow, and this ensured that customers could get their goods and groceries on the go. This mobile shopping revolution encompassed the growing popularity of tablets, which are much more portable than laptops and desktops. It meant people could easily select the items they needed or wanted wherever they were. The majority of users are under the age of forty-five.

It's only a matter of time before using a mobile device such as a tablet or a phone becomes more popular than using a PC, but it hasn't quite happened yet. Mobile shopping is now a lucrative business, and the app market has only helped to speed the process up. It has also allowed people to make on-the-spot comparisons while shopping to ensure they get the best deal possible. It seems that while PCs have high overall usage, the tablet conversion rate is marginally higher, and if you're using a tablet, you're more likely to buy than if you're using a PC. Of course, tablets only make up around 10.6 percent of the market, but this shopping trend is set to expand.

It's not all bad for brick-and-mortar stores, however. Even when people compared products using a mobile phone, rather than mobile shopping, they frequently bought the item in store. This is possibly because it's more satisfying to immediately get the product and to test it out rather than have to wait for someone to deliver it.

Mobile shopping needs well-designed websites that are easy to navigate, and this is radically different from traditional website design. The focus should be on doing things with as few touches as possible and making it very intuitive.

Mobile shopping is a growing sector, and the increased use of tablets indicates people are more likely to buy using them. This means that websites must be optimized for tablet use, and you should expect to see a growing number of sales from tablets and mobile devices.

The uproar over how 'Fortnite' is being released for Android shows ...
news from Markets