Should You Allow Your Employees to Use Social Media During the Work Day? 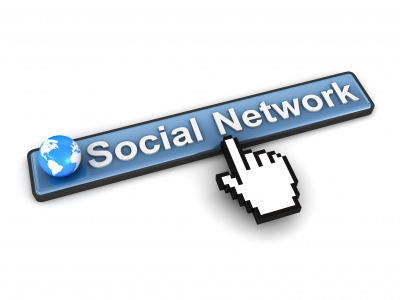 It's undeniable that social networks such as Facebook, Twitter and LinkedIn have taken the world by storm in recent years. Most people use these networks in personal time but what happens when they start using them in a workplace? Many argue that allowing workers access to social media can actually increase their productivity and improve the image of the company, while others point out that having usage restrictions at work will reduce wasted time.

A recent article by Nexxt on social media in the office, refers to this phenomenon as "a blessing and a curse." Having a presence in social media can significantly increase awareness of the company but only if it's done professionally. Allowing workers access is a great risk because everything portrayed online can reflect back to the company. According to Nexxt, companies should allow workers to have access to social networks but with very clear instructions and limitations. Also, each company should create its own set of rules depending on the type of industry, especially clarifying what is allowed to be posted. If used to the benefit of the company these networks can be a great tool for marketing.

As stated by Social Media Explorer, "in 2010, Manpower Inc. published a survey of over 34,000 employers in 35 countries and it turned out that three out of four companies have no formal policy regarding on-the-job use of social networking sites." While it's important for companies to regulate activities on social networks in order not to put their reputation on the line, it's important to recognize the advantages and disadvantages of placing limits. According to Social Media Explorer, some advantages are: it can increase employees' knowledge about current trends in the industry, increased productivity, better work satisfaction and it can be an excellent marketing strategy. On the other hand, there is a risk of over usage and some workers' posts can have a negative impact on the company. These negative aspects of social networks should motivate companies to have restrictions in place as well as to communicate to employees the consequences if restrictions are not followed.

Every company needs to define a line between personal and work usage. Should the workers be allowed to access social networks for personal connections? Or should it be restricted only to work-related activities? Some companies have been known to put a daily limit on personal use. This can be easily done by the IT department. However, it's best that companies decide on these limits as soon as possible because social networks are starting to define the future of the workplace.

Social networks can be a great tool to promote a company, to stay updated on an industry's news and to motivate workers by giving them more freedom. Having a very clear policy on restrictions at work can eliminate some disadvantages, such as over usage and negative comments. At the end of the day, every company should evaluate whether social networks can work to its advantage and how to regulate the activity of employees.