Should You Use Quirky Titles? 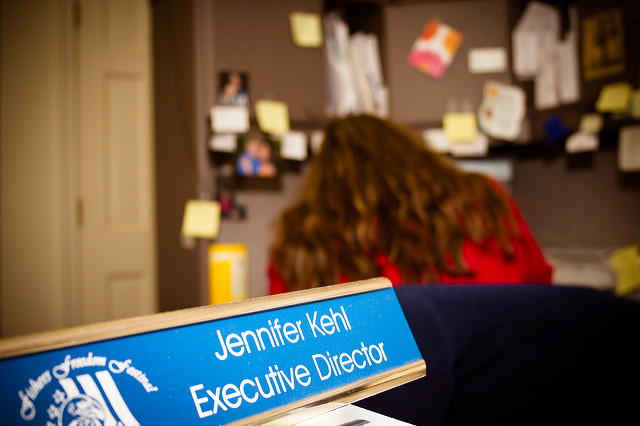 Quirky titles help a resume stand out from the crowd, but they may also cause confusion with a hiring manager who is trying to ascertain your particular skill set. You can still have your label of "Genius," "Marketing Ninja," "Rock Star" or "Wearer of Many Hats." The key is to explain what these titles mean, otherwise, a hiring manager may feel lost.

Most hiring managers probably don't spend a lot of time decoding quirky titles on a resume, because it's the skills behind those titles that are most important. For each job title you have, list bullet points to show how your role affected your previous employers' bottom line. Your skills give a hiring manager an overall look into your background within a team, company and a particular industry to see if you are a perfect fit.

If you have a title that simply isn't explainable, consider creating a career summary statement near the top of your resume. This gives hiring managers instant context for your overall skill set. These top-level skills define what you bring to the table on a daily basis.

Summarize each position briefly using one or two fact-filled sentences. These statements serve as quick explanations behind your role while keeping a hiring manager's attention and pointing them to the vital skills you learned at each job.

Quirky titles need supporting information, or they will lack context and may not make sense. Back up your titles with plenty of skills, accomplishments and quantifiable results in your cover letter and resume. That's great that you were the "Ambassador of Change" for Acme Brick, but how did you fulfill that role? That's when you mention how you upgraded performance software and subsequently improved retention rates by 50 percent over two years.

Right under your quirky titles, list traditional titles to give them a frame of reference on your resume. If you were the "Sales Guru" for Smithco Marketing, you can say you were the sales manager, sales director vice president of sales for seven years. The roles of manager, director and vice president each have different weights within an industry. Managers typically oversee smaller teams compared to directors, while vice presidents might have several teams or departments under their jurisdiction at once. Each role and job title bespeak increased responsibilities and therefore more finely tuned skills.

Listing traditional titles has one caveat. A hiring manager may disqualify your application because someone who is an "associate" likely has less experience compared to a "director." In this sense, having an unusual title can move you to the front of the pack based on your skills rather than your previous jobs.

Emphasize what you did for previous employers instead of emphasizing quirky titles. After all, a hiring manager wants to know what you can do in a new role versus what you want to call that role.

Why It's So Important Hollywood Is (Finally!) Normalizing Interraci...
news via Refinery29