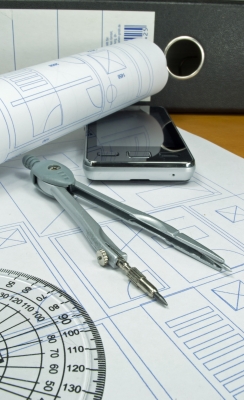 A lot of emphasis is put on encouraging university students to graduate with advanced engineering skills. Most political regimes have traditionally encouraged engineering skills on the assumption that engineering is a nice, safe place to park intelligent citizens who might otherwise make trouble by studying history or politics. The idea seemed to be that any student who acquired engineering skills could serve as a kind of human robot, performing the highly technical yet unthinking tasks required to make future technology a reality, leaving the real bosses to decide whether and when to use the atomic bombs or new bridge-building techniques that the engineers created.

Computer programming and associated technologies are the first, and most obvious, new skills for engineers to master. While almost all modern engineers do use computers, the real power of computers in engineering is to model simulations of reality and communicate results to others. Where the raw power of your computer was an important measure a generation ago, tomorrow's computers will be judged by the ease with which they connect you to the information around you. Just as no decent engineer in 1950 could do without a slide rule, no decent engineer of 2030 will be able to manage without instant, on-demand access to colleagues the world over. This level of access to information is anathema to organized secrecy and oppression.

Languages are going to be just as important to the engineers of the future as math is today. A typical engineering story these days involves agreements between Chinese engineers and Pakistani clients for the cross-border transfer of engineering skills to a new generation of students. A deal like that doesn't pay off in just a few years; it is an investment in the far future. Mandarin is likely to be a useful language for engineers in the next few decades, and Hindi and Urdu are also likely to be handy, given the number of graduates in the field who come from Indian and Pakistani universities.

Given the power humanity's engineering skills have already put in fallible hands, the final—and most important—discipline for tomorrow's engineers to master is integrity. As an engineer, you have the technical know-how to build a bomb, dam a river, attack a computer network, or inflict all manner of grievous harm. While an engineer from the 1800s was limited to building a better steam engine, perhaps for a battleship that could kill a few hundred people, today's engineers can build terrifying machines of war, devastate whole environments, and cripple economies at the request of a nation's leadership or perhaps just the person who signs the paychecks. It is essential that the next generation of STEM workers with the engineering skills to build doomsday devices also develops the wisdom and courage to refuse to do so.

He Made a Burger Fly—Now Food Photographer Steve Giralt Reveals the...
blog post from Core77