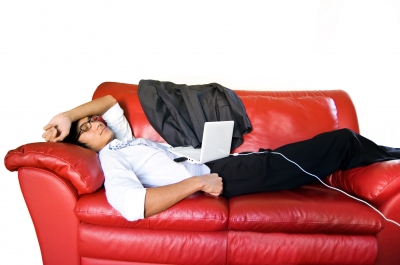 Sleep deprivation may lead to split-second lapses in judgment that could cost lives, according to a new study from Washington State University. Lack of sleep, especially over long periods, may make the human mind less adaptable to changing environments. This temporary loss of critical thinking skills could have disastrous results.

According to researchers, this is the first time scientists have created a laboratory experiment that measures and determines how sleep deprivation affects decision-making in real-world situations. The results of the study may reveal why doctors, first responders and soldiers make life-altering decisions with catastrophic results. Sleep scientists tried to create an environment that simulated real-world judgment calls in a safe setting. Past research showed how sleep loss causes loss of attention, but cognitive abilities with regards to decision making seemed relatively unaffected.

This new study had to create a scenario in which a group's circumstances suddenly changed, and the human subjects had to adapt quickly, even after extreme sleep deprivation. A total of 26 adults participated and were split into two groups of 13. One group went without sleep for 62 hours two days into the study and before testing. The other group slept normally. Every participant lived in a hotel-like, dormitory setting for six days.

Part of the way through the study, participants were shown series of numbers that had pre-assigned values. Unknown to the subjects, some numbers had a "go" response attached to them, while others had a "no go" value. Participants who correctly identified "go" numbers received a fictitious monetary award, whereas identifying the wrong number meant someone lost money. Each person had less than one second to identify and respond to each number. Both the sleep-deprived group and the group that slept normally eventually learned the patterns.

Researchers then changed the rules, and everyone had to adapt quickly. Participants had to withhold responding to "go" numbers and respond to "no go" numbers instead. The sleep deprivation group failed almost completely, even after all 40 numbers were shown. The well-rested group adapted within eight to 16 numbers.

The switcheroo part of the study demonstrates a quickly changing aspect of a crisis. How does a surgeon react to a patient's sudden drop in blood pressure on the operating table? A sleep-deprived person may not respond in time to save that person's life, but a well-rested doctor may have different, and better, results because of his ability to effectively use his critical thinking skills. The study may also show that no matter how much knowledge a person has or how prepared he is for a situation, sleep loss can hinder his judgement and discernment.

Researchers have known for decades that sleep problems cause impaired functioning during waking hours. Lack of sleep may also lead to depression, heart problems, obesity, diabetes and illness. Despite the fact that most people know the importance of getting enough sleep, approximately 63 percent of Americans feel they do not get adequate rest.

The Washington State University study explains that sleep deprivation prevents the brain from properly processing feedback due to changing circumstances in someone's surroundings. Sleep loss may hinder a person's judgment, leading to lapses and decision errors, and the new study provides a base for further research.