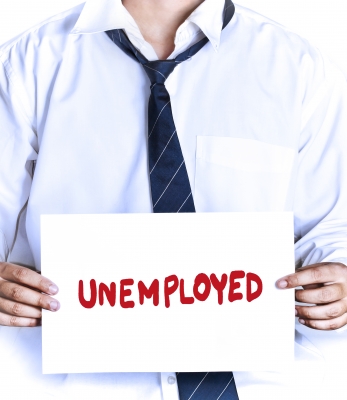 Most of us already know of the importance of social media in today’s job search, and that is especially true when it comes to keeping things professional online. There is really no reason for people to post hateful, negative, and demeaning comments on public social media, yet people still do. They feel it is their own little playground they can use to vent on as they wish. And while what they say is protected by free speech, that does not mean it may not come back to haunt and potentially hurt them.

Such was the case recently for Pax Dickinson, who was forced to resign from his position as the Business Insider’s online chief technology officer due to some less than kind comments posted on his Twitter account. Remember, you never know who is watching and so it is important to watch what you say. Offend the wrong people, and you could find yourself without your job.

During the job search, having such unprofessional material out there in social media hyperspace can be very detrimental to your search. If you have a job, it can likewise be a detriment. “Employers may fire employees for speech because they feel the speech will reflect on them. On occasion, they may also worry that the speech can have very specific and negative legal consequences,” says Ken White in a related article on Pax.

Of course, this story about Pax is not an isolated case, as more and more similar incidents are reported on about people losing their job over comments made on Facebook, Twitter, and elsewhere. Another recent example is the Adria Richards fiasco where she posted comments exposing some less than kind remarks from two male developers. These types of stories cause a sort of public debate on whether the outcome is truly acceptable and fitting for the “crime,” and in most cases it seems the case continues to end with a response of “yes.”

These social media outlets have become the way that we communicate, and our communication has taken a turn for the worse it seems. People type and post things that they would most likely never say to someone face-to-face, and they make comments that they would doubtfully voice out loud in public. Hiding behind the safety of the keyboard makes people braver than they may actually be, and so things are more carelessly said. “In the past month, we’ve seen more clearly than ever what that see-no-evil attitude has wrought: a culture that laughs at sexist “jokes” and turns a blind eye to misogyny and racism, even when it’s been tweeting at you for years,” states Nitasha Tiku in a ValleyWag article on the Dickerson ordeal.

Not only can there be these types of negative consequences for using social media in a less than professional or kind manner, but it can also potentially have negative repercussions on others around you who were not directly involved. Such a question is raised by Jose Pagliery in a CNNMoney article on the Pax Dickerson situation where he brings up the recommendation from others found on the LinkedIn account for Pax. On the account is found  other professionals who had written “glowing recommendations from former colleagues at different companies, which include statements like this: ‘Employers will not be disappointed with his work and determination.’” When something like this happens and becomes a public issue, the professionalism of those who wrote the recommendations may then come into question too.

In the same CNNMoney article, Bob Pearson of the digital consulting firm, W2O Group, says he advises people to be careful who you endorse on sites like LinkedIn. He states, “Whatever you say publicly builds a cumulative set of behaviors that leads to your reputation. You can't say one channel is separate. You are deciding to align your brand, your reputation, to that person's reputation." No one can tell what the future may hold when they make such recommendations, and if you are personally aware that someone has a less-than-professional streak in them that surfaces, it may not be a good idea to be connected to them professionally, endorsing them based solely upon related professional work will doubtfully lead to a backlash on your reputation. That is the attitude that one of Pax’s endorsers took, stating he stands by his earlier “narrowly defined endorsement.”

The whole point here is that whether you are looking for a job, or currently have one, you need to keep an eye on your public social media image. While you may want to believe it is your own little private playground to do and say whatever you wish, it truly is not, and it can have negative repercussions on your career, as we are seeing more and more with these types of public stories.