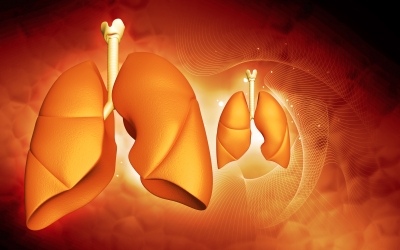 A new lung cancer research study suggests people with limited education and lower income experience greater mortality rates than those who are wealthier 30 days after undergoing an operation. The study was published in the Journal of the American College of Surgeons and led by Felix G. Fernandez, M.D., FACS, a lung surgeon an assistant professor of surgery for Emory University School of Medicine.

According to the American Cancer Society, lung cancer is the leading cause of cancer death, accounting for 27 percent of all cancer deaths in the United States. More people succumb to lung cancer than colon, prostate and breast cancers combined. In many cases, surgery can help manage the disease if caught early enough.

However, large disparities exist between different groups of people when it comes to short-term mortality rates for lung cancer patients who have these operations, due to both clinical and socioeconomic factors. Fernandez' study sought to determine exactly which factors determine a patient's rate of survival. The team analyzed data from 2003 to 2011 from over 215,000 lung cancer operations entered into the National Cancer Data Base, which provides information on each patient's diagnosis, treatment, insurance and demographics. The NCDB also provides data from the U.S. Census survey, including such factors as household size, household income level and education.

As was to be expected, clinical factors — such as male gender, older age, large tumor size and later-stage cancer — greatly affected 30-day mortality rates among surgery patients. However, researchers found that socioeconomic factors, such as living in lower-income households or in less educated communities, were independently associated with higher mortality rates. Patients who resided in less educated communities experienced a 16 percent greater chance of death within 30 days of their operations than those from more educated areas, while those with a median annual household income of less than $30,000 were 25 percent more likely to die under the same circumstances.

With the growing poverty level in the United States as well as the growing disparity between the lower and middle classes, the number of lung cancer patients at greater risk of dying after treatment will continue to rise. Fernandez asserts that uniform, high-quality care standards for all types of treatment centers can help alleviate the risks of death after surgery.

The research conducted for this study is opening doors for more studies to examine why those with less income and limited education seem to experience worse outcomes with lung cancer. "It's a very powerful study because it has the largest and most complete data on cancer care that we have for our use in the world," says Fernandez.