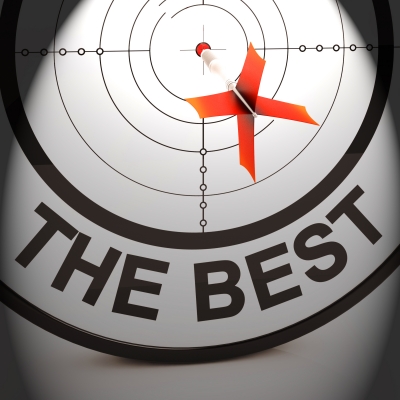 Marketing tactics are incredibly important if you plan to run a successful business. Advertisements have tremendous power: they can elevate your company to the pinnacle of the market or destroy your reputation in a snap. In general, the best 2013 ads combined artistry and humor as US corporations sought to entice an increasingly enthusiastic customer base. The worst effects of the recession were over, and as the year progressed, relative economic stability led to renewed consumer interest.

Companies all over the United States faced a unique challenge as they planned their 2013 ads. The 2007 housing market crash and ensuing recession had caused a dramatic sales slump, but by 2013, consumers were once again interested in purchasing product. For the first time in years, businesses had the opportunity to make a real profit.

To gain the public's attention, however, 2013 ads had to be carefully crafted. Americans were at the tail end of a long dry spell: shelved projects were once again at the top of the agenda, and worn-out items were finally being replaced. Consumers were looking for good deals and high-quality product, however, so businesses became locked in heated competition with one another.

The best ads of 2013, therefore, were a smorgasbord of innovation, humor, and intrigue. Often, they were high-budget endeavors—cameo celebrity appearances and spectacular on-location videography were common staples in 2013 ads. Car manufacturers produced particularly adventurous marketing schemes to attract customers, some of whom had been waiting years to purchase new automobiles. Money finally became available, and big-ticket items were added to consumers' menus.

Chrysler's truck sector took off tremendously after the renowned manufacturer used the Super Bowl to showcase its 2013 ad. The "So God Made a Farmer" commercial attracted considerable acclaim because of its down-to-earth appeal and feel-good vibe. By the end of the year, Chrysler's LLC Ram 2013 ad had over 22 million views.

Ron Burgundy's appearance in Dodge's 2013 ad for the Durango caused quite a stir in the auto world, not least because of its humorous strategy. Honda's 2013 ads had a different approach: visually acrobatic cinematography designed to wow the audience into a purchase.

According to Ace Metrix, one of the most effective advertising brands in 2013 was Liberty Mutual Insurance, with its "Humans" marketing campaign. Other winners included Reebok in the apparel and footwear category, Samuel Adams in the beer category, and Oral-B in personal care. The study, which encompassed eighty-five different categories, calculated and ranked companies' Ace Scores based on their persuasive nature and entertainment value. Overall, Ace Metrix examined 6,400 2013 ads.

Advertising has evolved drastically over the last half century. Straightforward marketing statements are no longer in vogue; rather, messages are woven into entertaining—or thrilling—clips intended to woo consumers. The best ads of 2013 were engaging and inspired viewers on a personal level. Given the current industry movement toward native advertising, this trend is likely to continue in 2014.

Why Trudeau has to back off if the Canada Infrastructure Bank is to...
news via Financial Post - Top...