Some of the Worst Tech Jobs 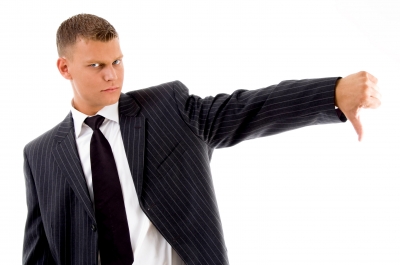 Most everyone knows that having an IT or other related technology job is a great place to be, since things are constantly moving forward and growing in those fields. As long as your skills are kept current, and your position does not have the possibility of being replaced by automation, having a tech background and a job in that field is a positive thing. However, not everything is rosy on that side of the fence, as they say. You may not have ever experienced one yourself, but believe it or not, there are some tech positions that are just plain undesirable to have.

One of the least popular positions in IT is the systems analyst. While the wages vary, and in some cases can be a fair amount, it is not consistently the case, and depends on the size of the company and the complexity of their system. “What drives down morale for systems analysts seems to be primarily the job itself. Systems analysts are expected to maintain, update, and continually improve the company's IT Processes in the constant cycle outlined by ITIL best practices,” states Reyna Ramli in a Tech Sling article. What it all comes down to is basically the pressure of always trying to outdo your last accomplishment, which makes for a highly stressful position where the salary is not always commensurate to the workload.

Then, consider the Google position that requires an employee to spend all of the work day examining the “dark underside of the Internet — including bestiality, necrophilia and child pornography,” as reported at Buzzfeed last year. In the article, it looks at how after nine months on the job, it had taken him to such a dark place in life that he required therapy. I can only imagine spending all day viewing and reporting all of the darkest, vilest trash that pops up on the internet; it must be one tough position to handle mentally. A position like this is often considered a foot-in-the-door to the company, but according to the BuzzFeed report, even after almost completing the year-long introductory period, employees are not always given the full-time position promised.

Then there is the ninth unhappiest job in America, at least according to CareerBliss, which places the IT tech support position into that slot. Most users probably have some pretty frustrating ordeals in dealing with various company’s tech support teams, but it appears those on the other end, giving the support, are often less than thrilled to be doing so themselves. Yes, I have spent many an hour on tech support calls, and have come across the occasional good tech, but most often have seen my fair share of lousy tech “script readers” who have either no skills to help, or no desire to reach deep and use those skills.

And lastly, according to the list of “The ten most embarrassing, exploitative, soul-killing, downright dangerous tech jobs” presented by PC World’s Ian Paul, the IT Director joins the ranks as one of those lousy jobs. “Sure, your job may suck, but CareerBliss says your boss has it even worse. The online jobs site took a look at its user-review data and determined that IT directors loathe their jobs more than anyone else, giving the career the not-so-grand title of the Most Hated Job in America. Sure, the pay is good, but settling endless debates between whether Windows or Linux offers the better server system is liable to drive you nuts.”

So, while a job in a technology based field is considered as working in a field that is in a more secure industry overall, not every position is necessarily glamorous or desirable. If your dream is to land a tech position, and you are gaining the schooling and skills to do so, just be sure you have done your homework and researched the path you are heading down, and know what your training will qualify you to do, so you do not potentially land in a less appealing position. Reach out and meet some people in that field, and get their opinion of it as a career path. Everyone is different, and everyone handles these types of things in a different manner, just be sure to research and plan ahead so as not to end up in a position that is not right for you.

Image courtesy of imagerymajestic at FreeDigitialPhotos.net