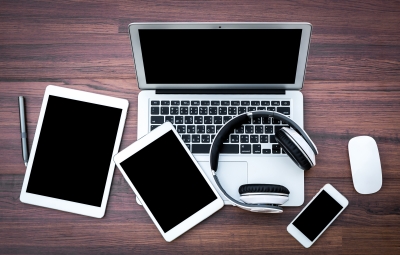 Microsoft technology frequently relies on software that people use on personal computers, such as operating systems, office products and tools for Internet exploring. This industry leader grew rapidly in the 1990s when personal computing became even more affordable and the Internet turned mainstream.

However, the vaunted company could have created even more advances had it diversified its product lines sooner and more effectively. Microsoft technology has had to catch up with respect to smartphones, mobile devices, gaming, Web services and cloud computing, as other companies such as Apple, Google and Oracle have dominated these facets of the computing industry. This is due to the fact that Microsoft has invested tens of billions of dollars in products that simply did not work out as planned.

What happened to the industry leader? Tech geeks trace the history of the first mobile devices to the early 1990s when stylus-based personal digital assistants became Microsoft's focus. Apple and Nokia soon released similar devices, but unfortunately for Microsoft, the basic architecture for handhelds and minicomputers did not translate well to the tiny devices at the time. Palm Computing's Palm Pilot became the industry standard, but people did not want to use a stylus to write on a screen. Instead, they simply used the stylus to navigate the touch screen faster. Paradoxically, Bill Gates felt as if handwritten notes were more effective for meetings instead of a laptop. His personal tastes may have translated to Microsoft technology.

Smartphones came next in the early 2000s. Blackberry gained an edge on Microsoft by introducing tiny keyboards embedded in phones that allowed people to write emails from a small, Internet-connected device. Palm Pilots soon merged with cellphones, but by 2007, Microsoft's mobile technology had a whopping 42 percent market share. Then Apple's iPhone hit the market and everything changed, as Apple's mobile devices used touch screen technology much more effectively than Microsoft's system.

By this time, Gates had retired from the company and new leadership failed to compete in the mobile market. Apple took over the mobile device sector because the company made such devices visually appealing and easy to use. Touch screen technology had finally caught up to the visionaries of the 1990s, who had imagined a world full of handheld computers used by people in cars, on subways and waiting in line at stores.

Microsoft technology succeeds in operating systems that programmers update every few years, much like Apple and its line of iPhones. In 2015, users can expect great things from Microsoft Windows 10, a new system to come out three years after Windows 8. Windows Holographic is set to be a game-changing interface that takes personal computing to the next level with voice commands, virtual reality and hand movements to control a device worn on the user's head. The headgear connects to devices in the home or office to manipulate data more efficiently than a keyboard.

Microsoft still needs to catch up in the mobile computer and gaming departments. Apple continues to dominate connected devices, while Sony's PlayStation duels the Xbox for the game console market. Windows Holographic, which combines Microsoft technology with all three major aspects of mobile computing, represents one way Microsoft can regain the former glory it had during the 1990s.

Photo courtesy of jannoon028 at FreeDigitalPhotos.net

Jeff Bezos got a jump scare, but he'll be back
news from Markets