Star Wars Technology is Not So Far Away 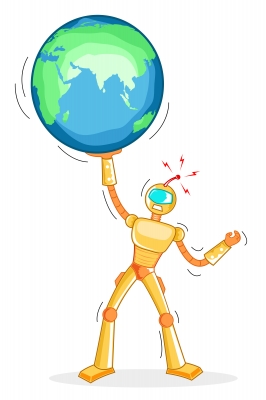 Many moviemakers, film directors and special effects gurus base science-fiction technology off of real-world gizmos, gadgets and concepts. Star Wars technology is no different, and thanks to the uber-popularity of George Lucas' imaginative movies, some things seen only in these movies are not far away in terms of practical uses.

Journey to a science lab not very far, far away to see what kind of Star Wars technology engineers have been working on to bring movie magic to life. Some of the items may surprise you.

In 2013, scientists at Harvard and M.I.T. bonded photons of light together to create a new kind of matter thought previously to be hypothetical. When one of the lead scientists compared this type of matter to a lightsaber, fans went nuts.

Super-fast maglev trains evoke memories of Luke's X-34 landspeeder from Star Wars technology in the original movie. These trains move thanks to strong magnets in the bottom of the trains and along the tracks that repel each other. Volkswagen and other automakers believe they can do the same thing with cars as Japan and Europe has done with trains.

In "The Empire Strikes Back," huge four-legged walkers with thick armor and lots of lasers laid waste to a rebel base on the frozen ice world of Hoth. A company in Boston created the BigDog robot, a metal beast the size of a mule that walks on four hydraulic legs in a similar fashion to the AT-AT walkers. BigDog climbs steep terrain, runs and carries up to 300 pounds of cargo. Imagine getting a package delivered or being rescued by this contraption.

Humanoid robots began helping people in homes and factories in recent years. One robot, called Baxter, helps humans perform mundane tasks at a plant in Columbia, Missouri. This automated machine is just one way collaborative robots and humans may work together in the future, similarly to C-3PO from Star Wars technology.

The U.S. Navy developed a laser weapon that destroys incoming missiles from a few miles away, thereby melting any missiles headed towards a ship. No one knows when handheld versions are on the way just yet, but laser-based weapons could turn into an actual reality in the future.

Although faster-than-light travel may seem impossible, NASA is working on a controversial propulsion technique known as electromagnetic drive. This propulsion turns energy directly to thrust, which isn't quite the same as Star Wars technology that goes beyond the theoretical speed limit of the universe.

Engineers in the United Kingdom experiment with sonic waves as a way to grab and manipulate objects with very little weight. This concept of a tractor beam could have practical uses if engineers can make the scale much larger.

From collaborative robots to gathering photons, life may truly imitate art one day as scientists who geek out on Star Wars technology try to turn futuristic ideas into a reality. Someday, humans may watch these movies as a fond homage to the moviemaker who foresaw the greatness of society.