Step up your Game on the Job Search - Play a Sport 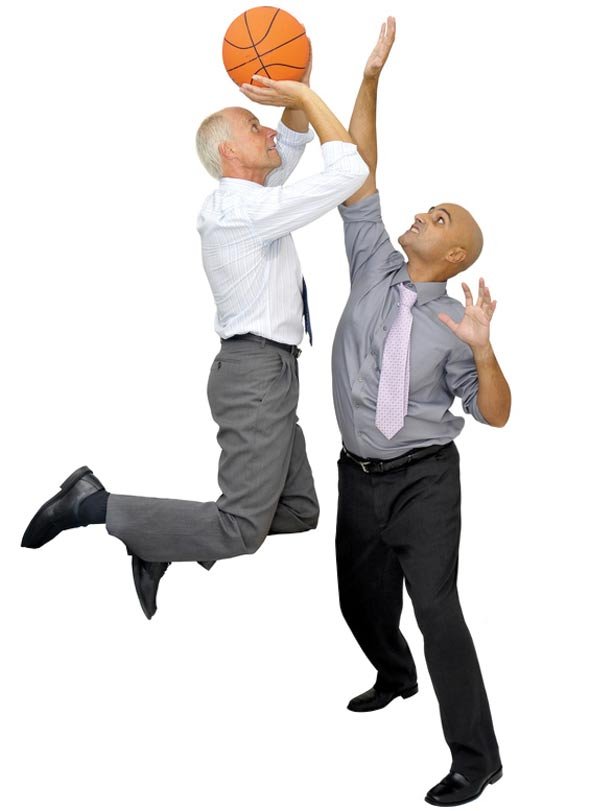 Score a surge of new contacts by joining a recreational sports team. Cities across the country offer an assortment of pick up leagues. All star athletes or arm chair quarterbacks, grownups who want to get out in the fresh air and have fun like when they were kids are coming together to meet and compete.

There are a wide variety of sports available. You could try a team sport like soccer, basketball, volley ball, flag football, or dodge ball or otherwise show off your individual skills on a league doing something like bowling, or racquet ball. If the rec center in your area has slim pickings check craigslist for folks looking to get a game going or put out a post to coordinate one of your own.

Besides being able to hang out and have some fun there are several benefits for job seekers who still participate in sports. Networking is definitely at the top of the list. Many teams have corporate sponsors so finding yourself on the right team could help you find the right job. Teammates can also offer valuable connections and references as you vie for a new position.

Whether you’re applying to go to college or teach there, playing a sport helps round out your extracurricular experience on your resume. It lets employers know you are a go getter who is capable of turning off the TV and Xbox and exercising more than just your mouth. Even if you’re not physically fit when you start the sport you’ll only get better the longer you stick to it.

At my last office job I was the only girl who took the guys up on an open invitation to play pick up soccer over the lunch hour. When I say guys I’m talking about a bunch of 20 something guys from Brazil who still play soccer on a regular basis. Here I am, more overweight than I’d like to admit and haven’t played on a team in over 15 years but I got out there and played anyway.

There were times I turned so red from being out of shape and running around that I was almost embarrassed. In the end I stuck it out. I played in the goal a lot and blocked some pretty good shots which earned me the respect of my co workers. Later when projects were being assigned they knew I could be counted on to stick it out and do what needed to be done just like on the field.

So if you find you’re stuck in a job search rut, change the game. Employers know that adults who still play sports are competitive and team oriented which are both desirable traits in an applicant. Athletics at any age fosters an attitude of sportsmanship and a sport teaches how to lead as well as follow.