Strokes Are Not Limited to Older People 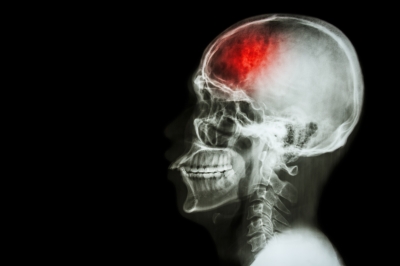 A stroke may seem like an ailment reserved for the very old or ill, but new research shows that more younger adults in the U.S. are being hospitalized because of them. This may be due, in part, to increased risk factors among this age group.

The most common type of stroke, called an ischemic stroke, happens when a blood clot forms a blockage within an artery carrying blood to the brain. The five major risk factors for a stroke of this nature are diabetes, high blood pressure, obesity, smoking and high cholesterol. Among medical professionals, high blood pressure is generally seen as the strongest risk factor. Obesity, although considered a widespread epidemic in America, is considered one of the weaker risk factors for causing a stroke, says Dr. James Burke, neurology researcher at the University of Michigan and the Ann Arbor VA Healthcare System.

For a recent study, researchers examined hospital records for ischemic stroke hospitalizations in adults under age 65 from 2003 to 2012 and found that the biggest hike in stroke rates occurred among adults aged 35 to 44, with men's hospitalizations rising 42 percent, while women's rose 30 percent. This is likely due to a sharp increase in the number of adults among this age group who have at least three of the five major risk factors for a stroke. "The high and rising rates of stroke risk factors among young adults is concerning and likely contributing to the increase in stroke hospitalizations over time," explains lead study author Dr. Mary George of the U.S. Centers for Disease Control and Prevention in Atlanta.

The study was not without its limitations. Study authors note that researchers weren't able to fully examine the cause or severity of each stroke, limiting observations. There was also a lack of data on other risk factors that can lead to a stroke, such as estrogen-based medications and family history. Another possible explanation for the surge in strokes among young people is changes in the ways a stroke can be diagnosed, says Dr. Burke. "So, while I wouldn't rule out an increase in conventional risk factors driving an increase in stroke in the young, if rates are truly going up, my best guess it's for reasons other than classical risk factors."

The study findings emphasize the importance of prevention and management of risk factors in young adults. To prevent a stroke in general, it is important to quit smoking, exercise regularly, watch what you eat, keep your weight down and make sure any known heart disease or hypertension is well-monitored and well-controlled.

Photo courtesy of stockdevil at FreeDigitalPhotos.net