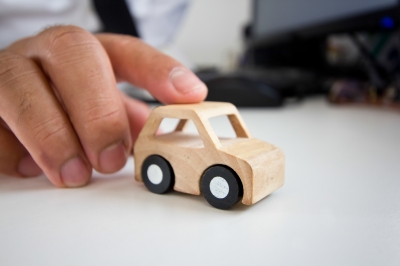 When economies falter, sales of luxury goods and big-ticket items are often the first to suffer. The auto industry includes a variety of price points—not everyone can afford a Bentley—but in general, sales ebb and flow with the economic tide. In times of crisis, many consumers delay their usual vehicular upgrades, fewer automobiles leave the showroom, and production slows. Happily, the opposite reaction occurs as economic conditions improve.

The recent upswing in auto sales has had another positive effect: it's created a number of new jobs. This is good news for workers in nearly every other industry, from human resource professionals to production engineers. After all, the auto industry is reliant on a slew of external suppliers. As consumer demand rises and car sales rebound, auto corporations increase production. New cars need an array of mechanical devices, many of which are made by third-party businesses, which prosper as a result of economic recovery.

The upshot of this domino effect is a rise in overall employment. A noteworthy proportion of manufacturing companies contribute vital parts to the auto industry. As new orders increase in number, additional workers are employed to ensure smooth company operation.

When the federal government shut down at the beginning of October 2013, many experts predicted a negative impact on the economy as a whole. Despite the two-week shutdown, the auto industry showed improvement after a disappointing September. Sales were affected by the situation in Washington, but increased after the government reopened its metaphorical doors.

In fact, Ford Motor Company reported the best October retail sales figures since 2004, while General Motors led the pack in terms of a year-on-year car sales increase. Other companies—Honda, Toyota, and Nissan, for example—also experienced encouraging growth. Trucks were particularly popular in October, marking a significant change in consumer preference.

Some pundits have expressed skepticism rather than jubilation, arguing that 2012's Hurricane Sandy caused an artificial dip in auto sales over the same time period. Nevertheless, many insiders speculate that even better figures are possible for November 2013.

Meanwhile, the number of jobs in the automotive industry continues to rise, particularly at vehicle parts companies. In West Michigan, a $3.4 million investment by auto parts manufacturer L&W will add 100 new jobs by the end of 2014. Similar investments in Ohio, North Carolina, and other states will add hundreds of new auto industry positions over the next year. Automotive repair companies are also booming as vehicle owners—bolstered by the light at the end of the economic tunnel—finally schedule long-overdue auto maintenance appointments. According to the Bureau of Labor Statistics, the automotive repair industry may add as many as 237,500 jobs by 2020.

When the populace tightens its purse strings, the marketplace in general experiences a knock-on effect—and the auto industry is no exception. Thankfully, when economic conditions improve, so do auto sales. Auto companies begin hiring again at every level, from production to the sales floor. If you've been looking for a job in the auto industry, this could be the ideal time to update your resume.

The retail apocalypse is killing jobs, and it's left 'the economy v...
news from Markets

Why the Chase Cards CEO is not worried about the hundreds of millio...
news from Markets

To understand why China's slowdown is looking so ugly, you've got t...
news from Markets