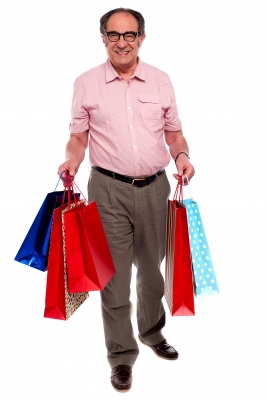 Many stereotypes about the frequency and habits of shopping men fill the media. Retail experts are likely to already understand through their own knowledge of shopping trends that not all of these stereotypes are true. Modern studies show that the frequency of male shopping is not much different from that of females. Shopping trends also indicate that the habits of shoppers only vary between genders in certain areas. Some studies have shown support for differences in expectations regarding online or mobile shopping.

The stereotype that women make up a much larger share of shoppers than men is simply not true—especially when it comes to shoppers aged 18 to 34, according to a report by WSL Strategic Retail. The report showed that men in that age group go on shopping trips an average of 3.6 times per week compared to the 4.1 times females of the same age shop. Similarly, men in the same age group visit 1.6 stores compared to the 1.9 store average for females. The shift to working moms and stay-at-home dads in recent generations likely contributed heavily to the current state of shopping trends.

The stereotype of male shopper habits may also be a bit skewed. A recent report by James Larsen, Ph.D., indicates that a man often seeks out discounts similarly to a woman, but the male shopper takes a different view of the shopping process. Shopping trends seem to show that men often seek to win when they shop. The report indicates that retail experts may benefit from offering trade-in discounts and other incentives that allow men to feel like they have succeeded in obtaining the best discount and won the contest of shopping. It also advises allowing haggling or similar exercises at retail locations. Bain and Company recently released their findings that both men and women spend almost equally when it comes to high-end luxury goods.

Another announcement by Kantar Media's Global TGI indicated that 12 percent of men in the United States intend to use their mobile phones for shopping versus only 10.3 percent of women. Men may also be more likely to expect discounts from online vendors, while women expect similar pricing to in-store sales. These distinctions are important for retailers attempting to set the best price for their goods based on shopping trends.

Understanding the way men and women shop is necessary for retailers. Including the right mix of incentives for both your male and female customers can help give you a competitive edge in today's modern market. Following shopping trends and habits can lead to success—especially when selling unisex goods. Many modern surveys have shown a greater difference between generations instead of genders, indicating that shopping trends may well continue to evolve in the years to come.