Study finds that Personality is key in Hospitality Hiring 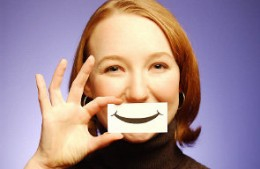 Are you cut out to work in hospitality? You say you like to work with people and that you’re often the life of the party, but do you really have what it takes to succeed in what some call a demanding “people profession”?

As those in the trenches will tell you, it’s not all bartender jokes and poolside chats with beautiful people. There are some very specific demands placed on today’s hospitality workers and their bosses. Middle management can be particularly stressful, taxing both your people skills and your physical stamina. A typical hospitality manager will face long hours, endless meetings with staff and superiors, budgeting crises, unruly and demanding guests, and sheer panic when VIP or A-list celebrities come to stay.

The question often posed by hospitality HR managers comes down to this: What’s better, a personable hospitality employee or one who possesses acute mental abilities?
A recent Cornell Quarterly study revealed that personality is an important factor in hospitality hiring decisions. Conducted by Michael Tews, an assistant professor at Pennsylvania State University, Kathryn Stafford, an associate professor at Ohio State University, and Bruce Tracey, an associate professor at the Cornell School of Hotel Administration, the study of 104 restaurant managers found personality was far more important than other abilities.
Featured in a recent issue of the Cornell Hospitality Quarterly (CQ), the article noted that hospitality managers regard personality attributes as a major indicator of success. The managers were employed by a company that operates 120 casual-theme restaurants in the U.S. Each manager reviewed hypothetical applicant profiles with varying personality attributes and mental ability, then rated employees as to “hire-ability.”

Statistical analyses of the results revealed that managers placed the greatest emphasis on agreeableness, conscientiousness and emotional stability. Fourth on the list of preferred attributes was mental ability. The results seemed to confirm an earlier study of hotel managers, who also believed personality trumped mental ability.

That said, many managers still believe that mental ability cannot be ignored when making hiring decisions, since a number of studies conclude that mental ability is a major factor in predicting high performers. These studies also suggest that hospitality organizations be proactive in training and honing an employee’s mental abilities.
So the bottom line for you as a prospective hospitality employee or one eager to move into management (with that MBA you just earned) is this: You don’t need a 180 IQ, but  everything you learned in school is important. That said, you’ll also need a great (read resilient) personality if you want to survive and move up in this industry.