Supply-chain managers increasingly phoning it in 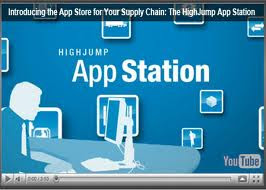 As you prepare for that next job interview, would-be supply chain or distribution center manager, you might want to familiarize yourself with the many apps now available for your smartphone - or get one if you don't yet have one.
A recent article in DC Velocity reports the findings of a recent survey of 60 supply chain managers by the ARC Advisory Group. The survey found that 70 percent of the managers surveyed are using their smartphones as business productivity tools in their day-to-day work, with the phones taking the place of established technologies like handheld computers and barcode scanners.
This is because smartphones are capable of performing the functions of both these devices and more. Barcode scanning and taking and sending photos of delivered goods were the most frequent uses to which respondents put their cell phones, with 22 percent of respondents citing each. They're also using them to capture signatures, transmit proofs of delivery, accessing reports and performance dashboards, tracking shipments, and many other warehousing and distribution functions.
But equally important to job-seekers is the third-most-cited use of cellphones by supply chain managers: social networking. Twenty-one percent of the respondents say they use their smartphones to access sites like LinkedIn, Facebook and Twitter. Each of these sites can be used to keep abreast of professional developments in one's field, check in on what colleagues and rivals are up to, and make professional contacts -- things active job-seekers should also be doing.
ARC analyst Steve Banker told the magazine that some of these uses are probably experimental. This blogger can tell you that the social networking use is not. Social networking via smartphone is well entrenched, and if you're not enaged in it, you should consider adding it to your portfolio of job-search tools and strategies.