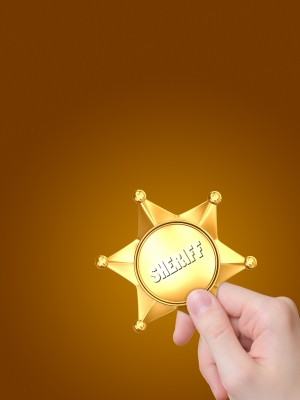 The Supreme Court heard oral arguments relating to two cases, each with the potential to drastically transform the search and seizure rules under which police are allowed to search through the information on your phone. Eight of the Justices were very active in their questioning of both sides, but at the conclusion of arguments, no clear trend had emerged indicating which direction the Court would take.

In 2009, San Diego resident David Riley was pulled over for having an expired registration. His vehicle was impounded and searched, and several guns were discovered hidden under the hood. Using this as probable cause, police searched through Riley's impounded cell phone and found videos, messages, and contact information that suggested he was involved in gang activity. On the strength of this evidence, Riley was eventually convicted of multiple felonies. Riley appealed on the grounds that the search of his phone required a warrant, and the case was on its way to the Supreme Court.

The Bill of Rights has always defended citizens' right to be ". . . secure in their persons, houses, papers, and effects" against unwarranted search and seizure of evidence that will eventually be used by prosecutors. Traditionally, the courts have been lenient in interpreting this protection, applying it to property you might have in your home or office with certain allowances made for police to search suspects' pockets or vehicles at the time of an arrest. At issue in this case is whether or not this protection against search and seizure without a warrant extends to the wealth of information stored on the suspect's cell phone.

The ramifications of a decision that erodes search and seizure protection for cell phones are potentially extreme. Modern smartphones carry far more than contact information. A typical smartphone today carries a comprehensive call record, text message history, email archive, and photographic record. Access to your smartphone automatically grants access to your notepad, calendar apps and perhaps even your bank records going back several years. Very few people can be confident that there's nothing in that wealth of information that can't be used as evidence by determined police investigators, as Mr. Riley's experience shows.

The Justices' questioning in this case was brisk and to the point. Chief Justice Roberts and Justice Kennedy indicated by their questions that they were thinking about cell phones in the same way that the law regards diaries and other papers—as open to search. Justices Kagan and Sotomayor asked very pointed questions about the potential for police overreach, given the mass of information people typically keep on their phones. Surprisingly, Justice Scalia seemed interested in a compromise approach that would protect some information but still allow reasonable search and seizure. The Court adjourned after the hearing with a decision expected in late June of 2014.

The final ruling from the Court will have broad implications. If the requirement to obtain a warrant is dropped relative to cell phones, Justice Kagan argued, citizens will effectively have no expectation of privacy while in possession of their phones. One attorney for the defense predicted an "arms race," as cell phone programmers work to develop ever-more-secure encryption and police work to crack it. Either way, the effect on search and seizure will be vast.