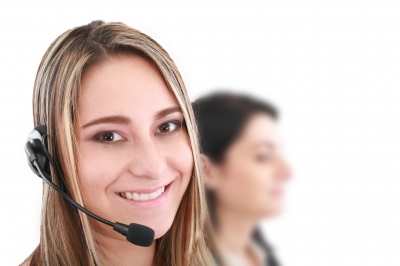 In November 2013, Customer Care Measurement and Consulting (CCMC) and the W.P. Carey School of Business at Arizona State University (ASU) released the results of the Customer Rage Study, which focused on the level of consumer satisfaction in the United States. The survey, which is based on one conducted by the White House in 1976, is the sixth wave in an ongoing study. As a result, researchers have the opportunity to compare data over time.

According to the CCMC/ASU consumer survey, 50 percent of consumers experienced problems with goods or services they purchased in 2013. What's more, 68 percent of consumers polled experienced rage as a result of unsatisfactory products and customer service staff. Researchers found that 36 percent of people surveyed admitted to yelling at a customer service agent during a call, an 11 percent increase from previous studies.

When the unhappy customers complained to the company, the consumer survey found that most people walked away unsatisfied. In fact, 56 percent of the respondents said that they received nothing from the company as compensation. For customer service professionals, these numbers indicate a serious problem for companies and for consumers. If a customer is taking the time to register a complaint with a company and walking away without resolution, that can reflect poorly on the business.

The CCMC/ASU study agrees. When a customer was not given a satisfactory response to a complaint, that customer was likely to tell approximately 28 people. That type of negative word-of-mouth advertising can be devastating, particularly for small businesses or companies that operate in small markets.

According to a recent article in the "Orlando Sentinel," the effects of bad customer service can also be detrimental to a company's bottom line. The article cites a recent study from Newvoicemedia, which found that 44 percent of respondents had stopped patronizing a company after they were treated badly. In fact, the "Orlando Sentinel" estimates that American businesses are losing $20 billion a year in profits as a result of bad customer service.

According to the CCMA/ASU consumer survey, the solution is relatively simple. Researchers found that when angry customers received satisfactory solutions, such as monetary compensation, they told an average of 10 to 16 people about the issue—considerably fewer than the unsatisfied customers. In addition, when companies added additional free remedies, such as apologies, customers were twice as satisfied as they were with only monetary compensation.