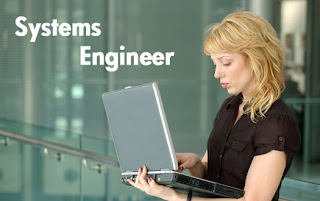 If you're a young engineer with a BSEE or MSEE and you're wondering what engineering career to pursue, you may want to head in the direction of Systems Engineer. According to FOCUS, a San Francisco-based research and analysis group, it's one of the "best jobs in America."

FOCUS looked at positions whose demand will rise by 10 percent or more over the next decade, based on Bureau of Labor Statistics (BLS) estimates. The study excluded any positions that did not require at least a bachelor's degree and two-to-seven years of experience. The study revealed that systems engineers working in the IT sector will earn anywhere from $87,100 to $130,000 annually. The data was extracted from analyses obtained from sources like Payscale.com, CNN/Money Magazine, and the BLS.

Other top IT jobs according to FOCUS, included IT project manager ($98,700 to $140,000), computer/network security consultant ($99,700 to $152,000), software developer ($79,400 to $116,000) and software product manager ($106,000 to $148,000).
I did some digging and found out that Mountain View, California-based RethinkDB, a company that redesigns databases to meet modern data management demands, offers a pretty good benefits package for systems engineers. Everyone at RethinkDB gets a generous benefits package and four weeks of paid vacation. Salaries are based on the depth of one's skills and the level of experience. And every engineer has a clear understanding of everyone's position in the company, as well as the possible range of their compensation. Interns start at $60k and level III Engineers can make up to $125K.
For more information about RethinkDB, check out http://rethinkdb.com/jobs/#systemsEngineer
For more information on Engineer jobs, check out:
http://www.engineer-jobsblog.com/