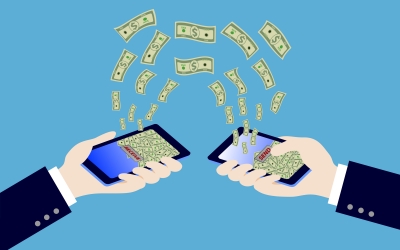 T-Mobile customers may have been scammed out of millions of dollars, according to the Federal Trade Commission. The regulatory body announced on July 1, 2014, that it would sue the mobile operator to recover charges that were unfairly applied to customers' bills.

The accusations that T-Mobile faces center on an alleged billing scam in which charges were added to customers' bills for items such as horoscopes, celebrity gossip updates and other services that customers say they never ordered. Although the individual charges were usually quite small, they add up to a total of millions of dollars across the entire set of T-Mobile customers.

T-Mobile is accused of working with third-party vendors that fraudulently added the charges to customers' bills. According to the Federal Trade Commission, T-Mobile customers' bills were organized in such a way that it was difficult for them to see the charges on their bills. The allegation is that T-Mobile upheld the clearly fraudulent charges and then took 40 percent of the total revenue from the billing scam.

T-Mobile denies the allegations, claiming that the charges were entirely the fault of the third-party vendors. The mobile provider claims that it is already offering refunds to disgruntled T-Mobile customers. A spokesperson for the company described T-Mobile as "the most pro-consumer company in the industry" and expressed the mobile provider's disappointment about the legal action.

However, the Federal Trade Commission is unsatisfied with T-Mobile's explanation and is attempting to rectify the situation. It is bringing a lawsuit against the mobile provider and is encouraging T-Mobile customers to file complaints if they feel that they have received unfair charges on their bills. A spokesperson for the Federal Trade Commission said that it should have been clear to T-Mobile that the charges were fraudulent, and that the mobile provider should not have held customers responsible for paying them.

Following the announcement by the Federal Trade Commission on Tuesday, T-Mobile stocks fell in value by 21 cents, indicating that the company's reputation has been affected by the accusations. T-Mobile has been criticized for offering only partial refunds and making it difficult for T-Mobile customers to claim them.

Businesses can learn a lesson from the fiasco facing T-Mobile. When things go wrong with the service the business provides, it is important to apologize quickly and make it easy for customers to claim refunds. By taking these simple steps, businesses can protect their reputation for providing good customer service.

T-Mobile customers are clearly unhappy about the unfair charges that appeared on their bills unbeknown to them. To recover its reputation and the trust of its customers, T-Mobile needs to apologize and then work with the Federal Trade Commission to find a solution so that all T-Mobile customers are issued a full refund.

Photo courtesy of tungphoto at FreeDigitalPhotos.net