Target Pulls Out of Canada 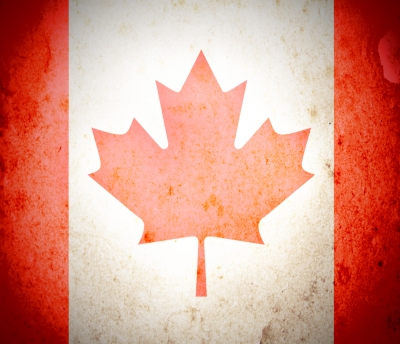 Poor retail sales in Target stores across Canada have led the company to pull out of Canada altogether. The company plans to close all of its retail stores in that country, a total of 133 stores in all. The closings are estimated to leave 17,600 Target employees looking for a job, and no one is happy about it.

Lackluster retail sales over the holidays and poor overall retail performance have left the giant retailer struggling since it opened its doors in Canada in 2011. A number of reasons have been given as to why retail sales were so low, but many people agree that the retailer simply took on too much too quickly.

Customers complained that the Canadian Target stores fell short of their expectations, providing less choice and higher prices than the chain's American stores. Empty shelves and poor pricing kept retail sales at low numbers, and little was done to improve the situation.

Unlike the American stores, Targets in Canada didn't offer online sales. In an age where online sales are an important part of many stores' retail sales, this critical mistake is difficult to understand. The retailer admits that it expected too much too quickly from its stores, and the resulting poor performance and subsequent closures are shocking but understandable.

Target isn't the only American retailer to recently place stores in Canada. Walmart and Starbucks have also moved into the country, and so far, both have experienced better retail sales than Target has. One of Walmart's main aims in recent years has been to beat Target at cornering the market in Canada, and it looks like the battle has ended.

Part of Target's failure can be seen as a direct result of poor planning. The retailer opened its stores very quickly, often in second-rate locations inside of buildings that weren't optimal for retail sales. The company opened many stores before it had an adequate supply chain in place, resulting in empty shelves and disappointed customers.

Overall, Canadians seem to like the idea of Target, but they feel disappointed that the store didn't meet their expectations. All large retailers, such as Target and Walmart, have struggled to win over customers who prefer to shop at smaller, local stores, but some retailers have simply done a better job at achieving this.

Customers in Canada have suggested that they would like to see the American stores offer shipping to Canada now that the Canadian Targets are going, but it is unclear whether that option will become a reality.

Regardless of their size, all retailers can learn a lesson from Target's failure in Canada. Retail stores are only as good as the service and products that they provide their customers. If you can't give your customers what they want, your retail sales will never meet your expectations, and you could be closing the doors before you've even had a chance to succeed.

Canada is having a much better crisis than the U.S., though some fr...
news via Financial Post - Top...