Tasks to Speed Up Multicore Processors are Randomized by MIT 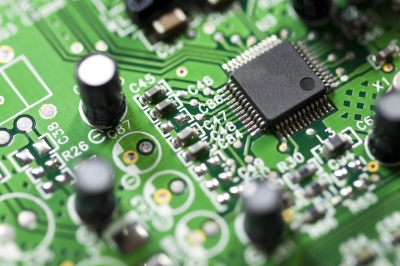 As ultra-fast computers become faster, these machines have come to depend on multi-core processors to handle the workload of millions, or even billions, of operations performed every second. Traditional processor layouts slow computers down when more processors get thrown into the internal workings of computer technology.

Researchers and computer scientists at MIT claim to have created a new way for multi-core processors to handle many operations at once. Instead of having computers prioritize a list of tasks on a first-come, first-serve basis, new algorithms may assign tasks randomly based on low-priority and high-priority tasks.

Programmers can assign operations by priority in queues, but multi-core processors may be unable to spread out one single task over too many cores. When computer technology has eight or more cores, researchers found priority queues slowed down work because the computer processors have to synchronize the work. Each individual processor has the same prioritized list of tasks, and too many cores working together slows down productivity.

To solve the problem of "too many cooks in the kitchen," MIT researchers created an algorithm which assigns queued tasks randomly to multi-core processors. With this method, the lag experienced as multiple cores synchronize work on the same tasks is reduced. More tasks can then be distributed over more than eight cores without reducing efficiency. Scientists found this method to improve performance for processors with up to 80 cores. The more tasks programmers put on the random lists, the better the processors performed relative to linear processors.

Intel experimented with 80-core computers in the late 2000s, but many designs were found to be impractical. MIT's work, known as SprayList, may help bring multi-core processors to more mainstream applications. Basic desktop computers generally have eight cores. Specialty and gaming configurations, which need significantly more computing power, have 16 cores and typically cost twice as much. MIT's list of operations on SprayList has the potential to someday expand the capabilities even of entry level computer models.

MIT has also been researching algorithms that allow computers to teach humans how to organize and store data. This teaching algorithm organizes data more efficiently by assigning groups of data to different lists to create plausible results, such as putting the ingredients of a recipe together to recognize a "muffin" in a database. Both of these MIT algorithms can lead to smarter, faster and more efficient computers in the future. The aims of such programs may create robotic helpers that spare humans from having to do some dangerous jobs.

Computers with multi-core processors seem faster, but programmers have known for more than a decade that these behemoths slow down the overall operational speed of a computer. If researchers at MIT expand upon their work, 80-core processors may become more practical so that ordinary consumers to own more complex machines.

Photo courtesy of piyaphantawong at FreeDigitalPhotos.net