Tax Credit for Infrastructures Could Become a Reality 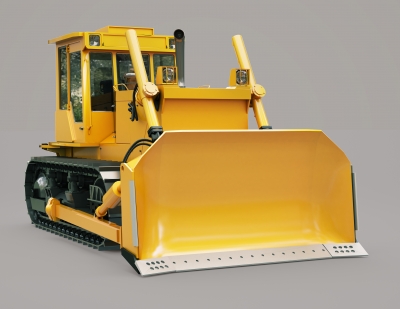 Private-sector companies rely on incentives, low-interest loans and tax abatements to help finance projects that would otherwise be too cost prohibitive. Major projects, such as building construction, infrastructure improvements and computer upgrades, may jump-start thanks to government programs and a tax credit for investments.

One initiative promoted by bipartisan leaders in the Senate includes the Move America Act of 2015. The bill was introduced in the Senate Finance Committee, and Sen. John Hoeven, R-North Dakota, claims the bill has "bipartisan support." The overall aim of the bill provides a new tax credit for private entities to start infrastructure improvements as soon as possible.

The bill expands tax-exempt bonds for states and localities to improve America's aging network of roads, airports, ports, railroads and bridges. These bonds provide up to $180 billion in tax-exempt bonds and up to $45 billion in tax credits for states until 2025. Current laws for these bond projects has certain limits. The new legislation raises limits in order to get shovel-ready projects moving forward.

Companies that take advantage of bond money must create public-use projects, and up to 50 percent of the bond's proceeds can go towards land acquisition. Current law stipulates only 25 percent of the bonds may go towards buying land and rights-of-way. Facility improvements for airports, docks, moorings and railroads can take advantage of these bonds.

The tax credit attracts cooperation between public and private entities to create infrastructure projects. Up to 10 percent of the credit can be claimed for 10 years, provided the project remains viable to the program. If a company wishes, $100 of Move America bonds can be traded out for $25 in a Move America tax credit. These credits cannot form more than 20 percent of the income for a specific project.

States report to the U.S. Department of the Treasury for compliance with program criteria. These new bonds and credits go along with grant opportunities designed to leverage more investments in America's aging infrastructure, increasing transportation needs and burgeoning population shifts.

These incentives do several things. They help keep the economic recovery moving forward. As a change in tax laws, accountants can take advantage of this program to inform companies of their options. Most importantly, this program creates jobs.

Infrastructure remains vital to American manufacturers. Without roads, electrical lines, ways to move product or wireless connections, the automated processes and innovation that move companies into profitability do not exist. Improving America's infrastructure improves the economic outlook across several industries.

The new tax credit certainly helps companies decrease initial expenses of projects that could cost millions of dollars. States can allocate funds as they see fit and grant construction contracts to the most efficient companies. Additional sales taxes generated by projects help fill state offers as a return on investment.

Photo courtesy of Supertrooper at FreeDigitalPhotos.net

America needs a massive infrastructure bill. But we won't get one.
news from The Week - Business