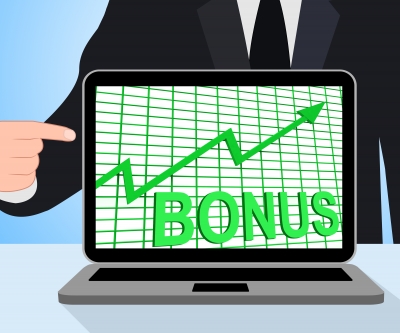 Alluring extra perks seem to be the latest front line in the battle by tech companies to attract and retain top talent. Perhaps the best example of this trend is the offer by Apple and Facebook to underwrite egg-freezing procedures for their female employees. The perks race also acts as an informal indicator of the health of the burgeoning tech start-up sector.

The egg-freezing perk is part of a broader push by tech companies to improve workplace diversity. Workplace diversity has been shown to confer a wide range of competitive advantages to organizations. Among other benefits, a diversified workforce sharpens corporate problem-solving skills and provides companies with an enhanced ability to understand and exploit culturally diverse markets.

Improved perks are sometimes used to mollify disgruntled employees. An example of this approach is the drive at Microsoft, spearheaded by chief executive Satya Nadella, to eliminate the discriminatory pay gap between male and female employees. The drive seems to have gained increased momentum after Nadella made remarks on female employee pay at the October 2014 Grace Hopper Celebration of Women in Computing that were regarded as offensive. He later apologized for the comments.

The perks race is proof that not all benefits are created equal, notes Kate Harrison of Forbes. The battle for top talent is forcing tech companies to look beyond traditional perks such as dental benefits and 401K matching funds to keep employees satisfied. According to a poll carried out by Harrison, game rooms and free food top the list of preferred benefits for most employees. The fitness craze sweeping across the country is encouraging tech companies such as Kount to give financial and moral support to employees who want to participate in fitness challenges such as races.

Hubspot and Netflix are renowned for offering unlimited vacation days. This approach works because employee performance in such companies is measured by goals attained and not by the number of days worked. Massages, car wash services, gaming consoles, Apple devices and free beer are also popular.

To compete, some firms are forced to rip a page or two from the benefits playbooks of more established tech companies. For instance, Yellow Pages, a firm associated for decades with voluminous telephone directories uses Google-esque air-conditioned, Wi-Fi equipped buses with comfortable seats to shuttle employees to its corporate offices at Glendale. The staid firm desperately needs qualified talent as it seeks to adapt its business model to a world that increasingly prefers seeking information online.

Established tech companies with annual revenues measured in billions of dollars have the financial muscle to pay for virtually any benefit a talented employee may demand. Unfortunately, the tendency to offer alluring extra perks to attract or retain employees places undue pressure on small start-ups.

Companies should also be appreciated for their ability to offer constant employment and not just for their ability to provide free beer and other perks, argues Patrick Lynch of The Frontier Group. He points at the considerable sacrifices that chief executives in smaller tech companies make in order to keep firms afloat. In an economy that is still struggling to create enough jobs, such arguments are hard to ignore.